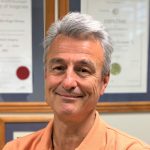 Smokers should be encouraged to quit by being banned from having surgery until they give up the harmful habit, according to GI surgeon Professor Chris Berney.

With smoking linked to higher rates of wound healing, post-operative complications and longer hospital stays, the medical profession has a duty to enforce a national preoperative smoking cessation program for the good of the patient as well as the health system, argues the Sydney surgeon in the latest issue of the Australia and NZ Journal of Surgery.

Under his proposal, all smokers should be offered quit therapy to encourage cessation for a minimum of six weeks prior to undergoing surgery, with cessation compliance measured by urine nicotine testing at a preadmission clinic. Those who persist in smoking should have their procedure adjourned until they can show objectively they have abstained for six weeks.

“Encouraging smokers to abstain from smoking can only empower them, by actively participating in a more self‐controlled and thoughtful decision‐making process,” writes Professor Berney, who specialises in advanced laparoscopic procedures.

“Indeed, who would be willing to take the risk of developing easily preventable post‐operative complications, especially after receiving structured information of the misdeeds of tobacco usage?”

Professor Berney says it is only fair to expect people receiving free treatment in public hospitals to take responsibility to reduce their harmful behaviour and to reduce the burden on health services.

He points out there is strong evidence that providing perioperative smoking cessation advice and support to smokers is an effective strategy to encourage abstinence. And a recent retrospective study of 235 patients undergoing abdominoplasty showed that the use of pre-operative cotinine tests to monitor cessation significantly reduced the risk of delayed healing (20% versus 42%) and other complications (18% versus 42%.).

In that study 8% patients had their operation cancelled, but Professor Berney says healthcare providers would have discretion to postpone any elective procedure in case of positive result, as long as it is deemed safe to delay for the patient.

“We should emphasise that patients with symptomatic and/or progressive disease such as cancer, who will require fast‐track surgery, may not be able to comply to those new requirements. In those cases, surgery should not be postponed but patients should be appropriately informed of the increased risk of complications,” he writes.

“Smoking is an easily preventable cause of perioperative complications … consideration should be given to delaying any elective surgery until smoking cessation is objectively achieved, in order to minimise the risk of serious post‐operative complications, extended length of hospital stay, hospital readmission and mortality rates. This would also reduce unnecessary pressure on our medical resources and ultimately improve cost savings,” he concludes.