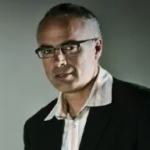 For existing smokers, swapping tobacco cigarettes for e-cigarettes with nicotine will improve their health. But the shift could also mean a net health gain for Australia, if it weren’t illegal

Here in Australia, it’s currently illegal to buy e-cigarettes that contain nicotine without a prescription. That’s not the case in countries like the UK, USA, Canada or New Zealand. And there’s a lot of debate about the issue.

Whether or not Australian adults should be able to access nicotine-containing e-cigarettes in the same way they buy tobacco cigarettes was considered by the Therapeutic Goods Administration (TGA) in 2008, 2011 and again in 2017.

In each instance, the TGA ruled that smoked tobacco products would remain the only nicotine product sold as a consumer product in Australia. But preventing access to e-cigarettes that contain nicotine presents a key barrier to smokers who want to swap to these products instead of smoking tobacco cigarettes.

According to our research, published in the international journal Epidemiology, this is a problem.

Our team used a computer simulation model to estimate the likely net health impact of liberalising access to e-cigarettes in New Zealand. The model takes into account the lower risk of using e-cigarettes compared with smoking tobacco, as well as the greater risk compared to using neither product.

And our results show that the New Zealand population alive in 2011 would most likely gain 236,000 health adjusted life years over the remainder of the population’s lifespan. This is equivalent to adding about 19 days of healthy life to the life expectancy of everyone living in New Zealand.

It’s an estimate that we can transport across the Tasman to Australia given the two countries have similar smoking and disease rates.

However, because the expected health gain for those who switch rather than continuing to smoke is much larger than the expected loss, the net impact averaged over the whole New Zealand population equals an additional expected 236,000 health adjusted life years.

We also found that widening access to nicotine-containing e-cigarettes could save the health system money.

If fewer people developed smoking-related diseases, we estimate that the country’s health system would save A$815 (based on the 2016 value) per person over the remainder of the population’s lives. And it means this is money that can be spent on other health priorities. 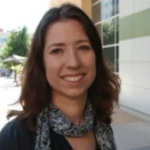 But these estimates are quite uncertain. And we don’t hide from this. We’ve included all the major sources of uncertainty in our modelling – with 95 per cent of the estimates of health gain sitting between 27,000 and 457,000 health adjusted life years.

So – yes – the exact size of the health gain is quite uncertain. But, importantly, none of these simulations suggest a net health loss. Our modelling is similar to studies from other countries that have also concluded that net health gains from having e-cigarettes in the market are much more likely than a loss.

In fact, since we ran our simulations, new published evidence addresses two of the biggest drivers of the uncertainty in the model that increase our confidence in the results.

Indeed, the UK’s Public Health England says all the evidence points to liberalising access to e-cigarettes as a good public health policy.

Australia should now commence a process of developing a regulatory framework that balances the risks and benefits offered by these products, as is happening in Canada and New Zealand.

Our research doesn’t advocate a complacent approach to vaping product regulation. Far from it. Legislation should include tight controls – like product standards, banning marketing to children, requiring retailers to have sufficient knowledge and training to advise consumers, safe storage and more.

While vaping is less harmful than smoking tobacco, we aren’t saying it’s harm-free. So, consumers deserve accurate absolute and relative risk information about these products to allow them to make informed choices.

On top of this, traditional tobacco control needs strengthening.

Vaping product regulations should be designed as part of a comprehensive approach to nicotine regulation that also considers the current dominant nicotine product used in Australia – that is, smoked tobacco.

To really increase health gains, we should be nudging smokers toward the lower risk options and away from the most harmful product.

This could include differential taxation on these products, reducing the number of tobacco retail outlets over time to reduce accessibility to smoked tobacco, lifting the age people can buy smoked tobacco by one year every calendar year, or even mandating the removal of nicotine from smoked tobacco products to make them non-addictive.

The availability of alternative nicotine products, like e-cigarettes, that could be an acceptable substitute for smoked tobacco for existing smokers could make these innovative policy approaches viable options, and work toward improving the health of all Australians.

This article was originally published in Pursuit by the University of Melbourne.