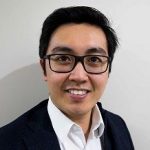 Increased monocyte count is a predictor of survival in patients with idiopathic pulmonary fibrosis, an analysis of data from the Australian IPF registry has shown.

Respiratory physicians have confirmed US results showing that peripheral blood monocyte count may be a powerful biomarker capable of predicting poorer prognosis amongst IPF patients and have extended the findings to show that neutrophil and leucocyte counts are also independently associated with poorer outcomes IPF patients.

In a study led by Dr Alan Teoh of the Centre of Research Excellence in Pulmonary Fibrosis, Sydney, researchers reviewed data for routine full blood count tests and outcomes from 231 patients enrolled on the Australian IPF Registry, with an average follow of 2.4 years.

On enrolment, most of the patients had mild to moderate IPF with a mean FVC of 80.3% predicted and DLCO of 48.2% predicted.

They found that mean blood CD14+ monocyte counts were significantly higher in the 75 patients who died during follow up compared to the 156 patients who remained alive during the follow up period, although the absolute difference in levels was small (0.66 vs 0.6 x 103/µL).

In a multivariate analysis adjusting for age, gender and baseline FVC% predicted, they found that elevated monocyte count was a significant predictor for poorer survival (HR 2·36, 95% CI 1·18 – 4·70, p=0·02).

Dr Teoh and colleagues said the findings confirmed those of US researchers who had found that patients with a monocyte level above a threshold mean of 0.95  x 103/µL had shorter transplant free survival times.

“Our findings add further validity to the notion that a routinely measured blood cell population may have a potential as a biomarker, with elevated monocyte counts suggesting a worse prognosis in the individual patient presenting with IPF,” they wrote.

However they also noted that current guidelines from organisation such as ATS and ERS dismiss the use of monocyte levels as a biomarker except in research settings.

They suggested that more research be done into the mechanisms involving monocytes and neutrophils in the pathogenesis of IPF.