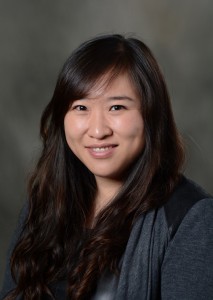 New antifibrotic drugs have revolutionised the management of idiopathic pulmonary fibrosis but it remains a progressive and fatal disease that requires people to prepare for the worst, according to a new position statement from the Thoracic Society of Australia & New Zealand and the Lung Foundation.

Published in the MJA, the position statement on IPF says antifibrotic therapies such as nintedanib and pirfenidone should be considered as first line therapy for patients with mild to moderate IPF, but not for severe or very mild asymptomatic disease.

Non-drug approaches such as pulmonary rehabilitation, oxygen therapy and lung transplantation are just as important and should be used early in what is still an incurable and fatal disease, the statement recommends.

Attention is also needed to management of patients’ co-morbidities such as reflux disease and pulmonary hypertension, although there is little evidence to support the use of therapies such as antacids and vasodilators respectively, it notes.

Developed by a panel of experts who conducted a literature review, the position statement is not intended to be a set of guidelines, according to the authors led by Dr Helen Jo, a Respiratory  Physician  of the Royal Prince Alfred Hospital in Sydney.

Among the suggestions in the statement are:

“It is a promising time in the history of IPF, with advances in both the diagnostic process and management of the condition,” the statement says

“[However], despite recent advances, IPF remains a fatal disease and suitable patients should be referred for lung transplantation assessment,” it adds.

“Palliative care should be addressed at all stages of disease, with the focus on symptom management initially, but also advance care directives and end-of-life planning.”

The statement notes there is only limited evidence to support oral opioids to reduce dyspnoea, a common and debilitating symptom in IPF, and likewise there is little evidence supporting opioids and over-the-counter cough suppressants to treat cough in IPF.