Complaints are “not the end of the world”, AHPRA tells doctors 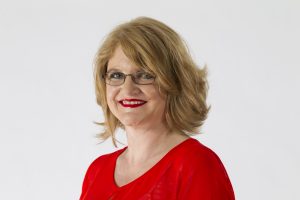 Dr Helen Schultz, a consultant psychiatrist, runs an after-hours mental health clinic for doctors in Melbourne, and is an advocate for doctors’ health.

A leading advocate for doctors’ health has hit out at AHPRA over its advice to doctors that receiving a complaint is “not the end of the world”.

Dr Helen Schultz, a consultant psychiatrist who has counselled dozens of doctors who were distressed after received a notification, says the advice is “invalidating” to the many doctors who will receive a notification of a complaint from the health watchdog.

The advice is offered in the Medical Board of Australia’s October update, in which it advises doctors who have received a complaint to: “Remember it’s not the end of the world – 76% of notifications involve no further regulatory action.”

Some 5% of doctors received a notification in 2016/17, but just 0.6 per cent of cases result in the heftiest penalty of a suspended or cancelled registration. AHPRA issued a caution in 11% of cases and imposed conditions in 5.5% per cent of cases.

“Being the victim of the complaint is one of the most distressing things that people will come for,” she told the limbic.

The process is “inhumane” from start to finish, beginning with the notification being delivered via email with no prior warning, Dr Schultz said.

“There is no phone call, there’s no ‘are you right at the moment if we let you know this news?’

“In any other workplace if there was bad news you would be pulled into a meeting, you would be given a support person. There’s none of that.”

Doctors then face waits of up to six months to learn the outcome, during which time AHPRA does not provide updates on the case, leaving doctors on tenterhooks.

“It’s all handled through the medical defence organisation, a letter gets sent off from the lawyers and you sit and wait. That’s cruel.

“So, you can’t say that it’s not the end of the world, because that might be the one thing that tips someone over the edge.”

Then, when a complaint is closed without further action – as it is 76% of the time – there is no closure, she said.

“There is no apology, it’s just all left up in the air, and that is probably the one thing doctors tell me about the most.

“They tell me, ‘I didn’t get a chance to get closure, to tell anyone what is was like for me’.”

Doctors have opened up on social media and in other forums to share their experience of going through the complaints process.

Many describe feeling victimised by an inhumane system that presumes practitioners are guilty until proven otherwise, and have called for reforms to the system.

But AHPRA is not listening to these accounts, she said.