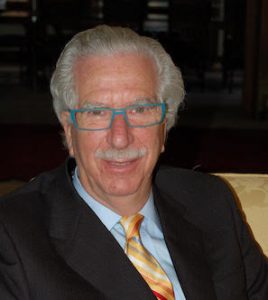 Australian Doctors in Recovery has been providing a safe place for doctors to support each another in recovery from alcohol and drug addiction for the past two decades.  Tessa Hoffman speaks to co-founder, addiction medicine physician Dr Naham Jack Warhaft.

In the throes of his own addiction to powerful painkillers and sedatives, Dr Naham “Jack” Warhaft was utterly absorbed with the task of obtaining his next high.

It was 1990 and Dr Warhaft, who was then working as an anaesthetist in Melbourne, had become dependent on opiates, benzodiazepines and alcohol, spiralled into a deep depression.

“It affected my mental health, my relationships, you get to the point where your whole life is consumed with the task of obtaining and consuming drugs … I knew it was wrong, but I couldn’t stop,” he tells the limbic.

But two years later Dr Warhaft surprised himself when he was able to break the cycle of substance misuse through a four-week stint in a rehabilitation hospital, counselling and engagement in the 12-step programs Narcotics Anonymous and Alcoholics Anonymous.

“When I got into stable recovery, my whole life changed.”

From there was a natural progression to want to help others.

The group, intended to be a safe place where doctors can share their experience and support one another through the process of recovery, meets for an annual conference every March.

To date, it has supported about 150 doctors who are at some stage of recovery from addiction to alcohol, illicit and prescription drugs.

“We’re not a substitute for NA or AA, we are a supplement,” Dr Warhaft says. “It’s an extra point of contact that enables us to share our experience at a level that may not be appropriate at any AA or NA meeting. For example, many of the doctors have had experiences with medical boards or unusual forms of drug use.”

Between meetings, Dr Warhaft acts as the central point of contact for doctors seeking help for their addictions, saying currently he’s only aware of doctor-specific addiction services in Sydney and Melbourne.

The patterns of use and misuse have not changed much over the past few decades, says Dr Warhaft, who moved out of anaesthetics in the early 2000s to attain fellowship in addiction medicine, which he continues to practice in Melbourne. He was also the inaugural medical director of the Victorian Doctors Health Program.

“The predominant drug is still alcohol and many [doctors] are addicted to prescription opiates: morphine, oxycodone, benzodiazapines. Pethidine used to be a common drug of addiction but that’s rarely seen, due to a change in prescribing patterns.”

However, he does not believe that doctors are at higher risk of addiction due to unique stressors present in medical practice, noting that the incidence of addiction in doctors is about 5% – consistent with the broader community.

“I think the difference in being a doctor is their access to different sorts of drugs than the general public have. So, if a doctor has got addictive disease he or she may turn to a drug like Xanax (alprazolam) or oxycodone, whereas if they were not [a doctor] they would probably turn to alcohol.”

But medical practitioners do face significant additional barriers to recovery from addiction, he says.

One is the shame and the guilt and embarrassment of letting down the profession, the other is the fear of retribution from the national health regulator, AHPRA.

“Doctors should feel comfortable self-reporting, but right now they don’t. They are scared, although in practice when they do report they find their fears are largely unfounded.”

The group does encourage doctors to self-report their impairment to AHPRA. “It varies from case to case, but generally speaking you are better off if you self-report, and in our group they mostly do …Those who self-report and who fully engaged in the recovery program and have been drug free for a significant period, their re-entry to medicine is usually fairly smooth.”

As a result of strong lobbying efforts by doctors’ groups, the COAG Health Council has signalled its willingness to amend the mandatory reporting rules for treating doctors, who under the National Law are required to report to AHPRA if they reasonably believe a peer has an impairment that places the public at risk of substantial harm.

Participants in the support group are not obliged to make notifications on other participants, because they are not practising medicine nor acting as an employer. In fact, Dr Warhaft says members are able to keep their identity anonymous, in keeping with the 12-step tradition

Dr Warhaft says he would also like to see changes to the regulatory system to give doctors assurance that those who self-report and then achieve stable recovery can return to work.

“They say that’s how it works, but it doesn’t always work out that way. It varies from state to state, I would like there to be consistency.”

Dr Warhaft concedes that some doctors may be sceptical about the evidence for effectiveness of the 12-step model for recovery from addiction.

“One thing I can say for certain is that the experience in the United States and Canada amongst doctors who have been addicted to alcohol or other drugs is that AA and NA forms the basis of their recovery (through the physician health programs) and they have about an 80% success rate in terms of return to work.”

At the end of the day, Dr Warhaft says Australian Doctors in Recovery and the support it offers has been a lifeline for him and many others, giving an opportunity to be supported by doctors who have a shared experience of addiction and recovery.

“Probably the most important prognostic factor in recovery from addictive disease is engagement with other recovering people,” he says. “Addiction is a disease of self-centredness, and helping others counteracts that.

“We maintain our own personal recovery by doing our best to carry that message to others that recovery works, and there is no need to support from a crippling addiction. Recovery is possible.”