The art and science of perfect posters 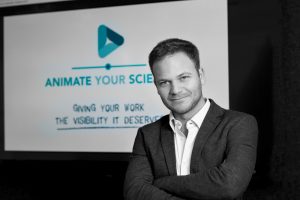 Any frequent flyer at medical conferences has seen them while absentmindedly strolling the poster aisles – the occasional overworked poster crammed with too much text, multiple tables and multiple figures.

As a bonus, some posters feature fluoro colours, images as watermarks or a font size that requires the use of surgical loupes.

Visual assault aside, the problem with overblown posters is that the valuable content gets lost.

Dr Tullio Rossi, a former marine biologist now science communicator, told the limbic the busy poster is overwhelming for the viewer and they move on. The opportunity to share the findings are lost.

“Researchers want to show it all. You’ve done all the work. You’re proud of all the graphs you’ve produced and all the results you’ve got so you put it all on your PowerPoint slides or on your poster and then it completely backfires because it’s counterproductive to show everything.”

“You could have the best content ever but if you show too much you turn people off; you literally scare them off.”

He said one of the worst ideas is an adding an abstract to a poster.

“The poster as a whole is the visual version of that abstract. So there is absolutely no point in slapping on a 200 to 250 word block of text as an abstract on a poster.”

Dr Rossi, who had a background in graphic design before he started in marine biology, said he realised he had found his niche in science communication while working on his PhD.

“It made me realise that lots of researchers didn’t have the same skillsets or didn’t have the time so I completely changed the trajectory of my career and decided I didn’t want to do a postdoc and would instead start my own business.”

Now director of Animate Your Science in Adelaide, he works with individual researchers, government, science museums and universities to help communicate science via animation, graphical abstracts, illustrations, infographics and more.

“Having a PhD experience is key to what I am doing. I would not be doing what I am doing without that. The two things come together beautifully and I found a fantastic niche in which to work.”

Dr Rossi said researchers could improve their scientific posters by following some simple principles such as not including too much information and instead leaving what designers call negative space.

In his tip sheet for how to design an award-winning poster, he recommends fewer than 200 words, only one or two graphs, a limited number of colours, and only one or two fonts. And don’t forget the contact details.

“Another thing that people should put on their poster is a little photo of themselves. People relate to faces more than words so that is important.”

“You don’t need to be an expert in design to do this. The average researcher is perfectly able to do a good poster using PowerPoint. Of course if you hire a professional it will take it to the next level but I think with a little effort, everyone can make posters that look good and don’t overwhelm people.”