Self awareness is the key to medical career wind-down: Prof Erwin Loh 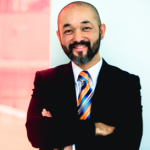 Speaking on the subject at the Medico Legal Congress 2019 in Sydney, Professor Loh said late career transition could be a positive experience if doctors prepare with some self-reflection. One of the most difficult issues for doctors to grapple with in considering retirement was the loss of professional identity, he said.

“Doctors enjoy their work and they’re concerned what are they going to do if they don’t have that,” he said.

On top of that most clinicians have a high income with family and other responsibilities which needed continued funding, meaning contemplating winding down their workload could be challenging.

Though doctors have no retirement age, the Medical Board proposes health checks on doctors aged 70 and and these fitness to practice checks are a sign of things to come, he said.

“People need to ask themselves when they [AHPRA] start testing doctors at 70 like they test drivers, do you want to be subject to that regime?” asked Professor Loh.

The clinicians most at risk of retirement shock were those who hadn’t really given the issue much thought.

“Doctors who are very busy always working … it just creeps up on them,” and when this happens decisions are sometimes forced on practitioners, rather than chosen.

Professor Loh outline a four stage process, starting with initial fear and confusion as retirement age approaches, then sadness and worry in the weeks up to retirement followed by a third stage where the clinician begins to experiment with different ideas and roles, eventually adapting. The fourth stage is when the doctor actually retires, which can mean new beginnings, with acceptance, and finally, confidence.

And while age is not an indicator of health or competency, there will always be changing circumstances beyond the individual’s control. This could range from a hospital making changes in a unit to the clinician experiencing cognitive and/or physical decline.

“A competent practitioner with good insight knows that and they self-regulate, perhaps transitioning from big cases to small cases,” said Professor Loh.

“For those who refuse to accept, they can be problematic and that’s when the employers and regulators need to step in.”

He said the ideal scenario was for the clinician to start scaling back themselves while they were still cognitively intact and financially able to plan for the future – and the opportunities are many and varied.

“There are plenty of (non-clinical) roles doctors can move into,” he said.

“Within the profession itself they can take on leadership roles, clinical roles, act as mentors, do research or write for journals – all of those leverage off their experience.”

“There’s doctors who’ve become forensic experts and give legal opinion, and made a good living out of it,” he noted.

“And, to be fair, there are those [doctors] who just don’t want to do anything, then spend the money they’ve earned.”

But it was necessary to teach doctors that winding down from work “is not failure, it’s just life…and you can’t do everything forever,” he emphasised.

“If they can transition out with dignity in a planned way where they get the recognition they do deserve – that’s the ideal”.