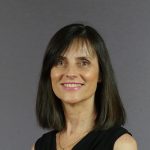 Autoantibodies may be better predictors of scleroderma prognosis than disease subgroup criteria and help to predict the disease’s likely course, a new Australian study reveals.

Researchers from the Australian Scleroderma Interest Group compared the clinical manifestations and outcomes among patients with systemic sclerosis (SSc) and two SSc subgroups: SSc overlap syndrome – people who have both SSc and clinical features of another connective tissue disease such as SLE, RA, PM who are classified as having SSc-overlap syndrome, and those who have scleroderma as part of Multiple Connective Tissue Disease (SSc MCTD).

They found patients with anti-RNP positivity display better long-term survival than those with anti-Scl-70 or anti-RNA polymerase 3 positivity.

Meanwhile, those with SSc-MCTD or SSc-overlap were more likely to have limited SSc, say the authors and synovitis and myositis were more common in SSc-overlap and SSc-MCTD than in SSc-only.

And while all three groups had similar frequency of interstitial lung disease (ILD), pulmonary arterial hypertension (PAH) was less common in SSc-overlap and SSc-MCTD and SSc-overlap had lower mortality following diagnosis of ILD and PAH than patients with SSc-only.

Speaking to the limbic about the findings Professor Susanna Proudman, an investigator on the study and Director of the Royal Adelaide Hospital Rheumatology Unit, said the data suggest that testing for antibody to RNP is a valuable prognostic tool in patients with SSc.

“These are patients who, in a way, have been pre-selected for having all the potential disease complications of patients with scleroderma and, given that is the autoimmune disease of the highest morbidity and mortality, they’re probably likely to have the worst outcomes so trying to identify those that are going to have a better outcome, or conversely a worse outcome, is a priority for clinicians”.

Patients with SSc-MCTD or SSc-overlap were more likely than those with SSc-only to have a number of other positive autoantibodies (anti-Ro, anti-La, anti-Jo1 and ANCA), she adds.

“The final upshot of the paper was that SSc-MCTD patients did better than those who didn’t meet the criteria for MCTD, which is not surprising because they’re probably less likely to get some of the life threatening conditions like lung and kidney disease that you see with SSc and the antibodies that are typically associated with those complications, she says.

Based on the study findings Professor Proudman says patients with SSc and no MCTD are probably more likely to have the poor prognosis antibodies like RNA polymerase 3 and scl70, which are more closely aligned with kidney and lung disease respectively and therefore a worse outcome, whereas those patients with SSc who meet the MCTD criteria probably don’t have those antibodies.

“They’re more likely to have the RNP antibody and are therefore less likely to get those life threatening complications,” she notes.

According to Professor Proudman, the greatest impact the findings have will be on the monitoring of disease.

“If you know somebody has an antibody associated with kidney or lung disease for example then you’re more likely to monitor them more closely and therefore give them the opportunity for early treatment.”

In the case of kidney disease, this kind of knowledge can be life saving, she says.

“SSc-renal crisis can be a life threatening condition where people can develop end stage renal failure or become dialysis dependent and mortality is quite high so if you knew someone had an RNA polymerase 3 antibody then monitoring them for SSc-renal crisis with regular blood pressure tests and occasional testing of kidney function on blood test may enable you to identify that earlier and institute therapy and hence preserve kidney function,” says Professor Proudman.

Other findings include that synovitis was equally common in SSc-overlap and SSc-MCTD groups, although puffy digits were more common in those with SSc-MCTD.

Meanwhile patients with SSc-overlap or SSc-MCTD were significantly more likely to be exposed to a range of immunosuppressive medications including prednisolone, than those with SSc-only, with the most commonly used DMARDs being hydroxychloroquine and methotrexate.

This increased frequency of immunomodulatory and immunosuppressive therapies likely reflects a greater frequency of inflammatory manifestations, synovitis and myositis for instance, in SSc-MCTD and SSc-overlap groups than SSc-only, suggested Professor Proudman.

The full paper can be found  here in Arthritis Care and Research.