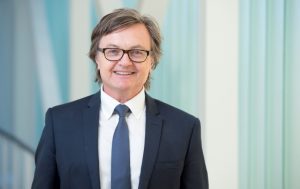 The churn rate through most lupus medications supports other evidence that there is an unmet need for new therapies.

That’s one of the take home messages from an analysis of medication use between 2013 and 2018 from the Asia Pacific Lupus Collaboration (APLC) cohort, presented recently at the EULAR 2020 e-Congress.

The study described the use of medications by SLE disease activity and LLDAS from almost 20,000 visits of 2,860 patients across 11 countries including Australia.

It found triple therapy – a glucocorticoid, antimalarial and immunosuppressant – was the most frequent medication pattern (32%) followed by single agents (21%). Biologics were used in only 3% of visits.

Not surprisingly, patients in LLDAS received less combination therapy than those who were not in LLDAS.

Senior investigator Professor Eric Morand told the limbic that what was surprising was persistence with the use of glucocorticoids.

A time-to-discontinuation of medications analysis showed ongoing use of glucocorticoids (1,048 days) and antimalarials (1,267 days) compared to immunosuppressive medication (range 175-525 days).

Professor Morand said they suspected that the standard of care therapies like azathioprine were actually quite poorly effective drugs which were not adding a lot of value to patient outcomes.

“And so we wanted to look at a measure of treatment futility by looking at the turnover, churn rate and durability of these treatments in a routine practice setting,” he said.

“We conclude that in fact these IS drugs have a short persistence. People tend to stop them after relatively short periods of time with the exception of antimalarials and steroids, suggesting to us that our hypothesis is correct.”

“The slightly depressing surprise was the persistence of steroids. We all wish that people treating lupus didn’t use as much steroids but we learnt that steroids use is extremely widespread. I think that also reflects the absence of useful alternatives.”

Professor Morand said the question for the future when new therapies such as monoclonal antibodies are introduced for lupus, is whether patients will have to fail every other therapy before they are allowed access.

“In RA, you have to fail certain therapies before you are allowed to use biologics but that is because those other therapies are actually very effective in a lot of patients and it is appropriate that they be used.”

He said with evidence that current therapies for lupus were not that useful, “… my conclusion as a clinician is that we shouldn’t be forced to use and fail medicines that don’t work before using medicines that do.”

Professor Morand said he hoped belimumab would make it onto the PBS as it has been available in the rest of the world for ten years.

“The positive phase 3 trial of anifrolumab published in January shows it is the next big thing and it is currently undergoing regulatory submission,” he said