Firing up neural networks with TMS may help manage fibromyalgia 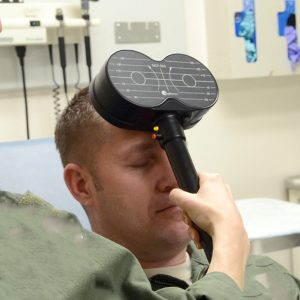 Repetitive transcranial magnetic stimulation (rTMS) has been shown to reduce symptoms of fatigue in a small group of patients with fibromyalgia.

The study, conducted at the Monash Alfred Psychiatry Research Centre, randomised 26 patients to either 20 active sessions of rTMS to the left hemisphere dorsolateral prefrontal cortex (DLPFC) or a sham procedure.

The DLPFC region of the brain was chosen for targeting as it plays a role in several cognitive, affective and sensory networks and may modulate multiple symptom domains in fibromyalgia.

While the study found no impact of rTMS on pain severity or impact of pain – the primary outcomes – a secondary analysis showed the odds of a 30% reduction in pain intensity was 2.84 times greater with active treatment compared to sham.

Dr Bernadette Fitzgibbon, a senior research fellow in the Centre, told the limbic the wide range of variability in a relatively small number of participants was the likely explanation for the discrepancy.

“And because of the small sample, it washed out the effects which is why we did a sensitivity analysis and where we picked up that pain change was more likely to happen if you had the active over the sham rTMS.”

Patients receiving the active treatment had a significant improvement in their MFI-20 Physical Fatigue and General Fatigue scores at their one-month follow-up compared to the sham group.

Dr Fitzgibbon said she was optimistic the technique would be a valuable option for some but not all patients with fibromyalgia, as it was for some patients with depression.

“What I suspect is that it would be part of multi-dimensional care; I think people will also be taking medication with this technique. We are also looking at doing investigations where we pair this form of neuromodulation with standard treatments such as pain education and cognitive behavioural therapy.”

“I don’t see it as a stand-alone treatment but we have to start there.”

The intervention was delivered five days a week over four weeks but ongoing research is now exploring theta-burst stimulation, which can reduce the duration of each treatment and may also reduce the number of treatments required.

“The long term goal, once we know the best way to use this machine to reduce symptoms, is to coincide with significant development of the technology including applications that can be applied in a home environment.”

Dr Fitzgibbon said many hospitals and clinics had the infrastructure for managing patients with depression however larger and longer studies were required in fibromyalgia.

“There is a good indication that this technique does modulate pain disorders but exactly how to use them within each pain disorder is not yet 100% identified.”

The findings are published in the European Journal of Pain.