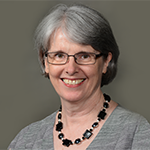 Many patients with mild asthma remain complacent and confused about how best to manage their condition, having often received conflicting treatment advice from clinicians, an Australian-led study suggests.

The qualitative research also found most patients preferred a regimen of as-needed budesonide-formoterol over maintenance inhaled corticosteroids after they had been initiated on the combination treatment.

Speaking to 74 patients with doctor-diagnosed mild asthma with no recent hospitalisations, the researchers reported most were relatively unconcerned about the condition, with one describing it as a “mild annoyance”.

Many also took a casual approach to treatment, found the study led by researchers at Sydney’s Woolcock Institute of Medical Research.

“In our interviewees, there was generally limited knowledge about asthma, and a tendency to believe that their personal asthma risk was low,” they reported in BMJ Open.

This was linked to often vague and changing advice from GPs and pharmacists.

“Everyone is complacent,” said one interviewee.

“I mean me, my GP, the pharmacist and even my husband … medical professionals don’t treat mild asthma seriously. They think ‘you’ll be right. Just take Ventolin’. There’s no follow up.”

The interviews with patients from Australia, New Zealand and the UK were conducted at the end of the 12-month NovelSTART RCT into patients’ attitudes toward two different ICS-containing regimens: maintenance twice-daily budesonide (200 µg) plus as-needed salbutamol, or as-needed combination budesonide-formoterol (200/6 µg).

Most interviewees said that for future treatment they would prefer a single combined inhaler over separate reliever and preventer inhalers (77% in ‘As-needed’; 64% in ‘Maintenance’ group).

Reasons included that a combined inhaler was considered easier to manage (e.g., one thing to remember to carry) as well as being a lower-cost option requiring fewer prescriptions. The physical feeling of relief after use of the combined therapy was another strong motivator of ongoing adherence, they said.

However, there were downsides to the single combined inhaler in the eyes of patients who disliked its lower effectiveness for symptom relief compared to SABA. Some also preferred the familiarity and feeling of their past maintenance treatment, the authors said.

But given the overall complacency among the patient group, education was needed to improve treatment adherence in the real world, said Woolcock respiratory physician and Global Initiative for Asthma (GINA) chair Professor Helen Reddel.

“Adherence with daily treatment in both these studies was 70 to 80%, while in the community it’s about 25%,” Professor Reddel noted.

“This is particularly problematic when patients have been started off with only a blue puffer for their asthma, then later on, they are told they need to take a daily preventer treatment even when they have no symptoms,” she said.

“What this means is that decisions for treatment need to be individualised; they need to take into account patient preferences and patient concerns.”
The study was supported by an investigator-sponsored research grant from AstraZeneca and by Independent Research Organisation funding from Health Research Council of New Zealand.