Why neonatal ARDS is a unique clinical entity 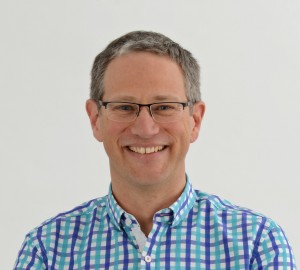 A specific definition for neonatal acute respiratory distress disorder (ARDS) – the Montreux definition – has been developed 50 years after ARDS was first reported in an older child.

Similar to ARDS in older children and adults, neonatal ARDS is characterised by extensive lung inflammation and surfactant catabolism leading to lung dysfunction.

Why does neonatal ARDS need more attention and will this new definition help focus efforts towards improved therapy?

Respiratory failure is more common in the neonatal period than any other time of life, and is a major cause of infant mortality and critical care support. Generally neonatal respiratory disease is primary (e.g. surfactant deficiency due to prematurity and congenital diaphragmatic hernia), acquired (e.g. meconium aspiration or pneumonia) or secondary to other organ disease (e.g. septic shock and NEC).

Irrespective of the causation most infants present with oxygenation and ventilation defects secondary to surfactant dysfunction and lung inflammation that results in atelectasis, increased shunt and multi-modal alveolar damage.

Traditionally diagnostic criteria for ARDS have excluded neonates due to the similarities with primary causes of surfactant deficiency and the complexities of including preterm infants lungs that may not be fully alveolarised.

This excludes the large population of infants with secondary and acquired respiratory disease. These infants share more similarities with children and adults with ARDS than preterm infants and excluding them based purely on arbitrary age criteria is illogical.

Will a number of diagnoses e.g. meconium aspiration syndrome be absorbed into neonatal ARDS?

The Neonatal ARDS definition we propose emphasises a focus on clinical and biological features rather than the specific aetiology.

The neonatal ARDS definition allows for a number of specific conditions, such as meconium aspiration syndrome and pneumonia, that share similar clinical presentations and biological features that are similar to paediatric and adult ARDS definitions to be included within one diagnostic and therapeutic umbrella.

Globally each condition is common but traditionally neonatal medicine has considered them independent entities and in many developed country NICU the number of cases managed is relatively small. This has inhibited the ability to develop new therapies and evaluate them in large clinical trials.

By approaching these diseases within the framework of the single entity of neonatal ARDS, it will be easier for researchers to evaluate new therapies, clinicians to optimise clinical care, especially mechanical ventilation strategies, and public health agencies to allocate resources.

An international cohort study of neonatal ARDS is now underway – what do we need to know?

The biological, pathological and clinical similarities between adult/paediatric ARDS and our proposed definition of neonatal ARDS justifies our hypothesis that neonatal ARDS is a unique clinical entity.

The most important next step is validating our proposed definition in a prospective cohort study, using similar methodology to the Berlin definition of adult ARDS.

This will provide the evidence needed to allow clinicians and researchers to apply the definition with confidence.

Given the global issue of neonatal respiratory failure, it is important that our definition is validated in multiple health care settings, including Europe, North America, Australia and emerging neonatal critical care settings such as India and China.