Feeling nostalgic for the years when the summer injury toll was some bad cases of sunburn and heatstroke?

Those halcyon days appear to be long gone with 2019 now established as Australia’s hottest and driest year on record, capped off by unprecedented, widespread and deadly bushfires and a gloomy outlook for more of the same in 2020.

And while regional Australia has borne the brunt of the summer fire crisis, even relatively protected city-dwellers have seen and felt the impact of weeks, now months, of poor air quality due to bushfire smoke.

NSW Health for example has been issuing regular bushfire smoke alerts for Sydney since early November 2019.

P2 face masks from the National Medical Stockpile have been handed out through pharmacies to at-risk Canberra residents – mostly children, pregnant women, the elderly and those with chronic conditions such as asthma.

And in Melbourne, the Environmental Protection Authority’s (EPA) Air Watch has been reporting air quality down to “hazardous” – extremely dusty or smoky conditions in which everyone, not just at-risk groups, could be experiencing symptoms such as coughing or shortness of breath.

Regional Victoria has of course been one of the hardest hit areas with air quality rated as “hazardous”. 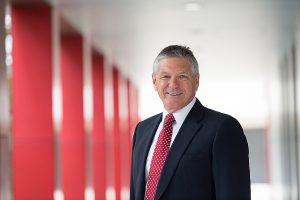 Professor John Wilson, president elect of the RACP and a respiratory physician at Alfred Health in Melbourne, told the limbic these were risky levels of air pollution not previously recognised in Australia.

“Presentation to hospitals of those with advanced lung disease of almost any kind, including asthma and COPD, is at a level where resources have difficulty coping, and particularly in rural areas.”

“We do know that cardiac admissions are also increased during times of increased air pollution and cardiologists are definitely aware of that and most certainly responding to it,” he said.

“The important issue here is that we are addressing the health needs of the community by providing resources in the places where they are needed.”

He added that the Faculty of Occupational and Environmental Medicine has done significant work around the effect of air pollution including smoke on the health of the community.

“And we have unequivocally stated that there have been thousands of premature deaths every year associated with ambient air pollution in Australia.”

“So there is no question that the members of the RACP are committed to improving health through improvement in air pollution standards and the provision of health resources to treat those who are affected by bushfires and smoke.”

The Federal AMA, has been calling for action on climate change due to its impact on human health since 2004. 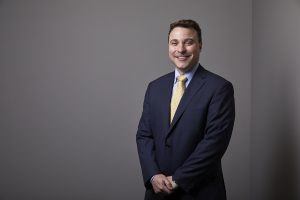 AMA vice-president Dr Chris Zappala, a respiratory physician in Brisbane, told the limbic the current situation was “unchartered territory” but there was clearly a risk from ongoing and sustained exposure to bushfire smoke.

“Ordinarily we have transient exposure of this nature and the airway would have no trouble in dealing with that. In truth, I think no one really knows what could be the potential health effect of the more sustained exposure over a long period of time that we are seeing at present.”

“But intuitively, you would expect that at a point, more peoples’ natural defences are going to be overwhelmed and they will manifest disease and whether that’s just acute respiratory distress or whether they develop asthma or other conditions, I think is unknown.”

He said the biggest risk was possibly to people who had subtle or very mild airways disease – similar to the profile of many people affected by thunderstorm asthma in Victoria in 2016.

“They are the individuals who might for example be relatively unmedicated or undermedicated because generally they can get by or are completely well. But just at the moment with the extra exposure and the ongoing nature of it, they will be at more risk.”

“People with intermittent or mild or incipient disease need to be particularly wary of symptoms that are emerging or not going away.”

“People with moderate or severe disease are more switched on to responding to their symptoms, they have action plans, and they increase their inhaler medications appropriately.”

Health service resources will be stretched

Dr Zappala said while GPs were currently on the frontline, other health professionals would inevitably be involved in the response.

“There are general physicians out there who are going to see people with multiple comorbidities. In those patients, exacerbations or instability in the respiratory component of their disease could potentially have a knock-on effect to their other problems. So, for example, it could make their cardiac disease more difficult to manage.”

“The other big group is the psychiatrists and psychologists. There is also an enormous mental health toll from this period of instability in our weather and the loss and grief of what is happening.”

“It’s quite confronting obviously if you are a responder but also if you have friends and family who are affected or you are trying to help people out. It’s not to be underestimated. It’s not just the people who have been devastated or have lost loved ones.”

He called on members to ask for help if they need it.

“From the AMA point of view, I think we really want to maintain a positive focus. The communities are all pulling together in a really fantastic fashion. Doctors are trying to do their best to help as many people as possible and if people need something, please ask because they will find it.”

“If a doctor’s surgery needs some supplies of some description or needs some help with manpower then just put the call out through the AMA  and we will find someone to help. There is a lot of goodwill there and we just need to tap into that as best as we can.”

The TSANZ statement, dated 10 December, noted that NSW Ambulance had already fielded about 30% more calls for help with asthma and breathing difficulties than usual while ED presentations for respiratory issues were up by 25%.

“It is logical and reasonable for us, as respiratory health professionals, to act on the strength of the evidence before us,” TSANZ President Professor Bruce Thompson said.

“And the evidence is clear: climate change is a medical emergency that is already impacting the health of our patients.”

“As health professionals we are committed to protecting the health of our patients and in the face of this medical emergency, we are calling for a proportional, emergency response. This requires action from us as individuals, and from the governments we elect. We can no longer continue with business as usual,“ he said.