Tiotropium to be listed on PBS for children with severe asthma 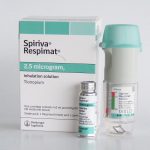 The long-acting muscarinic antagonist (LAMA) tiotropium inhaler (Spiriva Respimat) will be listed on the PBS for children age six and over with severe asthma from 1 March.

Federal Minister for Health Greg Hunt announced the listing on 21 February, saying it would extend access from adults to allow up to 30,000 children with asthma.

The listing follows a recommendation by the Pharmaceutical Benefits Advisory Committee at its November 2018 meeting, in response to a re-submission by manufacturer Boehringer Ingelheim

The PBAC recommended the Authority Required (STREAMLINED) listing of tiotropium for the treatment of severe asthma in children and adolescents aged 6-17 years who have not achieved adequate asthma control with optimised asthma therapy.

In its response to the initial submission for PBS listing, the PBAC noted the criteria for using tiotropium in children would be in combination with a maintenance combination of an inhaled corticosteroid (ICS) and a long acting beta2 agonist (LABA) unless contraindicated. If LABA therapy is contraindicated, not tolerated or not effective, montelukast, cromoglycate or nedocromil may be used as an alternative

The submission was backed by Asthma Australia, which said tiotropium would have a range of benefits for children unable to achieve adequate control of their asthma with current therapeutic options, including increased quality of life, lower doses of inhaled corticosteroids, lower use of systemic corticosteroids which have side effects, decreased rates of asthma exacerbations, less hospitalisations and a lower risk of mortality.

“Severe asthma medications are life-saving and for this particular medication, people were paying in excess of $600 per year,” said CEO of Asthma Australia Michele Goldman.

“Asthma Australia advises that respiratory specialists prescribe this medicine as part of a stepped approach for adjusting asthma medication in children and in conjunction with clear and regular device instruction,” it said in a statement.