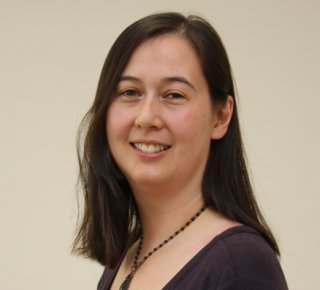 Middle aged people at high risk of COPD may be identified early by an Australian-developed prediction tool that will allow interventions to be implemented before lung damage has occurred, respiratory physicians in Victoria say.

Using information that is readily accessible from patients, researchers at Melbourne University designed and validated a COPD risk-prediction model that is able to accurately calculate the 10-year risk of post-bronchodilator airflow obstruction in people in their forties.

The tool could be used for early identification of high risk individuals who would benefit from serial spirometry and smoking cessation strategies, according to researchers, led by Dr Jennifer Perret, a respiratory and sleep physician at the Austin Hospital and the Centre for Epidemiology and Biostatistics, Melbourne School of Population and Global Health.

In a paper published in BMJ Open Respiratory Research, the researchers describe how they developed their risk prediction model using data  derived from 5729 participants in the Tasmanian Longitudinal Health Study (TAHS) at age 41–45 years who did not have self-reported COPD/emphysema at baseline , of whom 2407 had post-bronchodilator spirometry and smoking status at age 51–55 years.

The prediction model then underwent validation in a cohort of 5970 patients aged 40-49 in the European Community Respiratory Health Survey and 1407 aged 50-59 who had spirometry and smoking data available. In this analysis the external validation was fair (AUCROC 75.6%), with the PPV increasing to 17.9% and NPV still 97.5% for adults aged 40–49 years with more than one respiratory symptom.

Hypothetical examples using the prediction tool showed that COPD risk could vary substantially for an asymptomatic 43-year-old unskilled person depending on their past and continuing smoking status and the presence of respiratory symptoms and concurrent asthma.

The researchers said the risk prediction tool would be well suited for use in public health interventions for early identification of COPD since the calculations could be achieved with information from questionnaires that is readily accessible from patients and clinicians in a typical clinical scenario.

“This work has potential to facilitate the pre-emptive detection of COPD at a much earlier age in primary care settings,” they wrote.

“Our risk-predictions could potentially inform on further testing of high-risk adults aged in their 40s using spirometry to uncover ‘COPD cases’ which could create opportunities for earlier detection and active intervention,” they concluded.