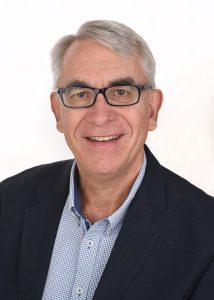 France should be the benchmark for management of cystic fibrosis (CF) as their patients have the highest recorded median age of survival.

A comparison of CF survival between Australia, Canada, France and New Zealand found the median age of survival was 53.3 years, 55.4 years, 65.9 years and 54.8 years respectively.

The data, from 14,842 patients across four national registries between 2015 and 2019, predates the widespread availability of elexacaftor–tezacaftor–ivacaftor.

“The exceptional survival in France is despite having the highest proportion of underweight individuals which has consistently been found in the literature to be strong predictor of worse outcomes in CF.”

The study, published in Thorax (link), said Canada had the lowest percentage of individuals who were diagnosed through newborn screening (13.8%).

France had the lowest proportion of individuals who were homozygous for Phe508del (42%) and the highest percentage of people with ‘other’ mutations (13.9%).

The authors, including Professor Scott Bell, from the Prince Charles Hospital and the University of Queensland’s Child Health Research Centre, said it was unlikely that a single factor could explain the differences in survival.

“Although universal, government-funded healthcare allows broad access to medical care, this does not necessarily translate into full access to chronic medications known to improve health and there are distinct differences in this regard between the countries studied.”

For example, France has minimal barriers to accessing CF medications while Canada’s drug coverage is more restrictive and Australian and New Zealand are somewhere in between.

“Such differential access to medications could explain differences in health outcomes as therapies have been linked to improved lung function and reduced exacerbations, both of which are closely associated with survival.”

The study noted that access to lung transplantation could also “dramatically and quickly” alter the trajectory of the disease.

France introduced a unique, national high emergency lung transplant (HELT) program in 2007 which has decreased the number of individuals dying on the transplant list.

“These data suggest that a significant proportion of individuals in need of transplant in France were able to receive this life-saving therapy,” the authors said.

However they said the US provides an example of how spending more on healthcare does not necessarily guarantee better outcomes.

“In the future, differential access to CFTR modulators may alter the trajectory of disease and further exacerbate differences in health outcomes in CF.”

“CF communities worldwide need to continue their advocacy efforts to maximise access to all therapies to reduce health disparities such as those identified in this study for individuals living with this disease.”