Several prominent respiratory and sleep medicine clinicians have been recognised in the 2018 Queen’s Birthday Honours list. 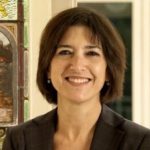 Professor Christine McDonald, Director of the Department of Respiratory and Sleep Medicine at Austin Health, Melbourne, is named as a Member in the General Division (AM) “for significant service to respiratory and sleep medicine as a clinician-researcher, administrator, and mentor, and to professional medical organisations.”

Also receiving the AM is Professor Claire Wainwright, a paediatric respiratory physician and head of the Cystic Fibrosis Service at the Royal Children’s Hospital, Brisbane. Professor Wainwright, whose research interests include fungal lung diseases in children with cystic fibrosis, receives the AM “for significant service to medicine as a respiratory clinician, and for leadership into the study of cystic fibrosis.”

Another clinician with an interest in CF, Professor John Wilson of Victoria, is recognised with an AM. Recently announced as the Royal Australasian College of Physicians’ (RACP) next President-Elect, Professor Wilson is based at the Alfred Hospital, Melbourne and has also had leadership roles with leadership roles with the Thoracic Society of Australia and New Zealand and National Asthma Council.

Dr David Hillman, an anaesthetist and respiratory & sleep medicine physician in Perth is recognised in the Honours list with an AM “for significant service to medicine as an anaesthesiologist and physician, to medical research into sleep disorders, and to professional organisations.”

Other prominent names in medicine to make the Queen’s Birthday Honours roll include Sydney neurosurgeon and former AMA president Professor Brian Owler (awarded AO) and the late Professor David Cooper, a world leader in the field of infectious diseases, who was director of the Kirby Institute in Sydney. Professor Cooper, who died this year, is posthumously awarded the highest honour, Companion in the General Division (AC), for eminent service particularly in the area of HIV/AIDS research, as a clinician, scientist and administrator, to the development of treatment therapies, and to health programs in South East Asia and the Pacific.