Respiratory physician elected to Academy in recognition of medical research 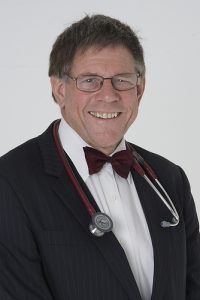 Respiratory physician and asbestos disease researcher Professor Bruce Robinson is among the 37 new Fellows elected to the Australian Academy of Health and Medical Sciences  in recognition of their outstanding contributions to health and medical research in Australia.

He and the other new Fellows were elected to the Academy because “they have had a significant impact on the health and wellbeing of Australians and the world,” said the Academy’s President, Professor Ian Frazer AC.

‘We work with our Fellows to strengthen the health and medical research landscape in Australia. It is thanks to their expertise that we can play a valuable role in ensuring that Australia continues to address some of the world’s most pressing health challenges.”

According to the Australian Asbestos Network, Professor Robinson is recognised internationally for his work in the field of asbestos-induced cancer.

He has also made a number of other major discoveries regarding how the body’s immune system fights against cancer.

The Academy is a not-for-profit independent body set up in 2014 by a panel of eminent senior health and medical scientists, chaired by Professor Richard Larkins, and which included Professor Fiona Wood and Professor Ian Frazer, under the patronage of Professor Sir Gustav Nossal.

The election brings the Academy’s total Fellowship to 357.