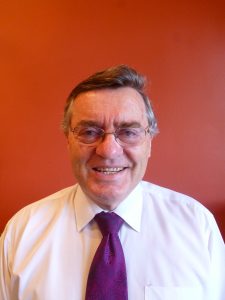 Respiratory physician Professor Peter Bye is one of many clinicians and researchers recognised for his service in the Queen’s Birthday 2019 Honours List.

Professor Bye was awarded a Member (AM) in the General Division “For significant service to medicine, particularly to cystic fibrosis, and to medical education.”

He has had a lengthy association with both the University of Sydney and Royal Prince Alfred Hospital.

Some of his hospital positions over the years included director of the Cystic Fibrosis Service, deputy head of respiratory medicine and member of the Centre for Clinical Research Excellence in Respiratory Diseases at RPAH.

Professor Bye is internationally recognised for discovery of the beneficial effect of hypertonic saline in improving mucus clearance, lung function, quality of life and reducing respiratory exacerbations in patients with cystic fibrosis.

He was Director of Cystic Fibrosis Research Group at the Woolcock Institute 2000-2011. A former chair of the TSANZ Special Interest Group in Cystic Fibrosis, Professor Bye was also awarded the Society’s Research Medal in 2009.

His recent research output continues to focus on sleep, exercise and mucous clearance in cystic fibrosis.