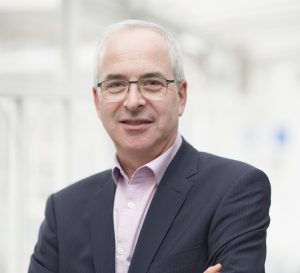 There are both promising therapies and emerging problems in the future management of cystic fibrosis, according to a UK paediatric respiratory physician.

As a result a number of phase 3 trials using combinations of drugs were underway and trials extending the age groups for treatment were maturing.

He said groundbreaking recent studies included the use of ivacaftor (Kalydeco) in 1-2 year olds. The ARRIVAL study showed safety although significantly raised liver function tests in some patients suggested clinicians would need to be vigilant.

While the study was small, biomarkers suggested ivacaftor worked even better in the younger children than in 2-5 years olds, with sweat chloride reducing by an impressive mean of 74 mmol/L.

“And as with all the ivacaftor studies, this happens within the first fortnight.”

Recently published US and UK registry data also supported the disease modifying nature of the CFTR potentiator, with reductions in mortality, transplantation, hospitalisation and exacerbations.

“That’s very important to persuade regulatory bodies that they need to keep paying for these drugs and that the longer term outcomes really are likely to change,” he said.

A recent study of the lumacaftor and ivacaftor combination (Orkambi) in patients from 12 years of age and homozygous for F508del demonstrated its effect on CTFR function with improvements in sweat chloride, nasal potential difference and intestinal current measurement.

Similarly, the tezacaftor and ivacaftor (Symdeko/Symkevi) combination in over 12 year olds homozygous for Phe508del improved FEV1, exacerbations and sweat chloride. It appeared to have similar efficacy but improved safety than its competitor, he said.

The FDA approved the combination earlier in the year and the European Medicines Agency had also given it a positive opinion in July.

He said there was one paper published every four hours on gene editing with CRISPR during 2017 and the potential to correct DNA and modify gene function in embryos.

“Of course this is an issue for the public as a whole who may not understand exactly what is being done. Already people are worrying but clearly if you remove the CF gene, no-one is going to think that isn’t a good thing. However the public will need to be engaged in the debate over this.”

Among the problems facing CF patients, Dr Balfour-Lynn said there was not enough attention being paid to preventing ototoxicity secondary to aminoglycoside use.

A recent US study had found 32% of children had a hearing loss with only 2% of a sensorineural nature.

“What this is showing is that other childhood hearing issues are more common in CF regardless of aminoglycoside use and we need to be paying more attention to this, particularly if the child also has diabetes.”

“But in addition, vestibular dysfunction usually occurs and that is something we don’t ask about,” he said.

Another US study of children and adults with CF had found 23% with hearing loss and a staggering 79% with vestibular system dysfunction.

“What this is telling us is that monitoring hearing alone, which is much easier, is not enough to detect ototoxicity that might be affecting vestibular function.”

He said three studies in the last 12 months had shown PPI use was associated with poorer outcomes including a higher number of hospitalisations, a decline in FEV1 or exacerbations.

“It is only an association, it’s not causative but I don’t think just because someone is positing a bit or has reflux as a CF baby, they should be put on omeprazole and then no-one thinks to stop it.”

Cross infection was also a looming issue he said, with Australian and other studies showing the potential spread of pathogens via coughing was higher than previously recognised.

“I don’t like this but I think we are going to find over the next few years, patients will have a mask on their face the minute they walk in the hospital and the doctors and health carers going into the room will be wearing gowns and gloves. Certainly this has started now in the US – fairly draconian infection control. It’s not yet in the UK but I would be surprised if we get away without it.”