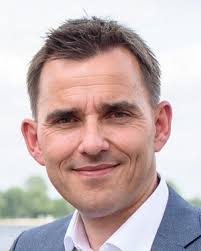 Targeted lung denervation won’t replace drug therapy but instead has the potential to complement drug therapy for patients with moderate to severe COPD.

He told the ERS International Congress targeted lung denervation reduced respiratory events by more than 50% – from 71% in the sham group to 32% in the active arm of the study.

“Furthermore, the positive benefit has continued in those receiving targeted lung denervation treatment, with the number of patients hospitalised for respiratory complications in the first year reduced by more than half in the treatment arm versus the sham arm.”

“We have been able to significantly reduce chronic respiratory symptoms such as shortness of breath, exacerbations of the disease, infections and hospitalisations in a group of COPD patients who are already on aggressive medical therapy,” he said.

There was also a trend towards improved quality of life and better lung function in the treated patients.

“This has important implications for patient quality of life, and also healthcare costs, as these are events that have a significant impact on the cost of caring for these patients,” he said.

Adverse events were typically transient such as cough and gastroesophageal symptoms. There were no deaths or treatment related adverse events requiring intervention.

Targeted lung denervation disrupts the parasympathetic pulmonary nerve input to the lung, which is typically enhanced in COPD.

The radiofrequency energy ablation can be delivered via a flexible or rigid bronchoscope as a 30-minute outpatient procedure under general anaesthetic.

He welcomed techniques such as bronchial thermoplasty to reduce airway smooth muscle, targeted nerve denervation of the parasympathetic nerves and epithelial resurfacing.