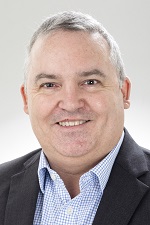 Clinicians have been urged to resist the urge to do “something” in severe COVID-19 disease and instead remember their Hippocratic oath to do no harm – and stick with evidence-based therapies.

A Comment article in the AJRCCM, led by Professor Grant Waterer from the University of Western Australia, said it was disappointing that people, admittedly in desperation, were trying any number and combination of experimental therapies.

Many therapies including hydroxychloroquine, ritonavir, lopinavir, interferon alpha-2-beta, azithromycin and methylprednisolone were potentially cardiotoxic and many had never been tested in critically ill patients, it said.

In another example, Professor Waterer and colleagues said high dose corticosteroids may be associated with delirium, agitation and psychosis that complicates the weaning of intubated patients.

“Whether this approach has harmed more patients that it has helped remains to be seen. Desperate times are felt to justify desperate measures.”

The authors were responding to a case series of 85 fatal cases of COVID-19 from two hospitals in Wuhan, also published in the Blue Journal.

It showed most patients had received a cocktail of drugs including antibiotics, antivirals and glucocorticoids, with probably little benefit.

IV immunoglobulin, interferon, antifungal treatments and, in one case, convalescent serum were also administered against a background of non-invasive and invasive ventilation and renal replacement therapy.

“It should be noted that the administration of multiple antibiotics did not change the outcome of the disease in our series. Rational use of antibiotics should thus be exercised,” the Chinese study said.

“It is also not known if any of the therapies used in COVID-19, such as steroids may actually be counterproductive, and lead to increased morbidity or mortality.”

The Comment article said patients and their families have a clear right to information about the risks of all experimental therapies so they can provide informed consent for compassionate use.

“That this is routinely occurring seems unlikely.”

“Another serious problem with routine use of unproven agents for SARS-CoV-2 is that clinical equipoise is lost and an experimental agent becomes de facto standard of care, potentially seriously compromising the ability to do placebo controlled trials.”

“Trials of experimental therapies are certainly justified, but only in properly conducted, randomised controlled trials where their risks and benefits can be accurately assessed, and certainly not in untried combinations which greatly increase the risk of harm.”