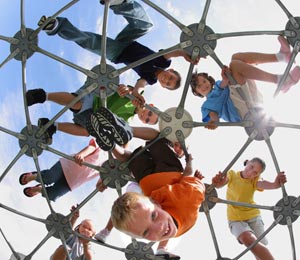 Australia enjoys air quality superior to most countries in the world, but a study of exposure to relatively low levels of outdoor nitrogen dioxide (NO2) confirms an adverse effect on respiratory health.

The study comprised parent questionnaires, spirometry, FeNO measurements and NO2 monitoring at home and school for 2,630 children aged 7-11 years from 12 regional and metropolitan cities across the country.

The mean NO2 concentration was 9 parts per billion (ppb) – less than half the median in comparable studies from Europe, Asia and the US.

A 4 ppb increase in recent exposure to NO2 was found to be significantly associated with greater odds of current asthma and current wheeze.

“A 4 ppb increase in NO2 exposure at school, home and combined (75% home, 25% school) were all significantly associated with increased odds of current asthma.”

The same sized increase in recent NO2 exposure was also associated with a decrease in percent predicted FEV1 and FVC (pre- and post-bronchodilator) and an increase in FeNO.

Dr Luke Knibbs, a senior lecturer in the School of Public Health at the University of Queensland, told the limbic a consistent picture was emerging from studies in Australia and overseas.

“We’ve seen again and again that there appears to be no safe threshold of exposure to any outdoor air pollutants and that is true for both respiratory outcomes like asthma and lung function in children but also for mortality in the adult population.”

“The global status of the evidence is pointing towards the fact that it doesn’t matter how good your air is, there are still adverse effects on health.”

Dr Knibbs said NO2 had been decreasing very slightly each year in Australia.

“You do see some reasonable reductions in the ambient levels and that has certainly happened since this study was done. The flipside is that those relatively modest improvements can potentially have quite substantial benefits for susceptible groups like children.”

“To use a clinical saying in an environmental context, it’s always better to treat the cause rather the symptoms and in terms of air pollution the source is motor vehicle combustion, power generation using coal-fired power, bushfires and wood-fired heaters.”

“The more we can transition away from those sources of energy and heat towards cleaner sources the better because, as we have shown in this study, there is no safe threshold.”

“It’s important for clinicians to understand that even though Australia has extremely good air quality, some of the best in the world, the adverse effects are still very apparent in children – and not just in children with pre-existing respiratory conditions, but in all children.”