The 2019 ERS Congress was told specific miRNAs were associated with different pneumonia endotypes and could help differentiate which patients were likely to develop sepsis or acute hypoxaemic respiratory failure.

The Spanish study used PCR techniques to analyse blood samples from 169 CAP patients at the time of their hospital admission.

Most patients (64.5%) developed complications during their admission – 13.6% developed severe sepsis and 25.4% developed respiratory failure. Deaths occurred in 4% of patients.

Pulmonologist Dr Francisco Sanz, from the Consorci University Hospital in Valencia, said three miRNAs were shown to have some predictive ability regarding complications.

MiRNA 182 was able to predict both complications with a high rate of accuracy – 83% for sepsis and 76% for respiratory failure.

Dr Sanz said the value of the tests was that they could be used as biomarkers at the time of admission to guide more intensive support and monitoring measures for at-risk patients. 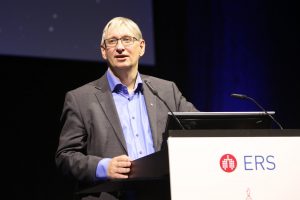 He said patients with CAP were often admitted to a general ward and then experienced a quick deterioration which was not quickly recognised.

“We have very good data in a paper published by myself some years ago demonstrating that if you come in with severe pneumonia and you are on a normal ward, in comparison to those going directly to ICU, there is a 2-fold increase in mortality.”

So a test like miRNA could help identify patients who were at risk for deterioration and ensure they were in the most appropriate care setting, he told the limbic.

Professor Welte, head of Pulmonary and Infectious Diseases at Germany’s Hannover University, said the tests needs to be incorporated into large observational studies in order to demonstrate if they add value to current practice.

And the test would need to be developed into a point-of-care test.

He added that the silencing mRNAs were also very interesting because they could be targets for future treatments.