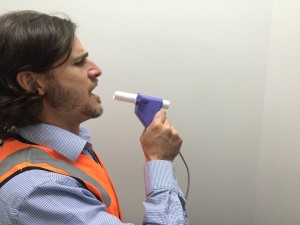 Concerns have been raised about the quality of spirometry in a major lung screening program for mine workers, with a review finding more than a tenth of testing reports are not meeting Australian standards.

Under Queensland law, coal mine workers are required to undergo spirometry as part of a mandatory health testing program prior to gaining employment and every five years while on the job.

The rules were introduced in 2017 in response to the recent discovery of eight cases of coal workers’ pneumoconiosis (CWP), a disease previously thought to have been eradicated in Queensland.

Resources Safety and Health Queensland (RSHQ) said it examined more than 3,000 spirometry reports from 80 practices against test quality and reporting requirements set out in the TSANZ standards.

It found some 13% of tests were non-compliant, most often failing to meet the standards for acceptability and repeatability.

There were also issues with the reporting of test results across all practices, which frequently lacked operator comments on test quality and use of bronchodilator prior to the test, used inappropriate reference values and failed to document all required trial values and curves.

“Consequently practices were not performing the associated calibration or verification activities that ensure quality spirometry,” the agency said.

“While RSHQ has followed-up non-compliances with audited practices, the results provide specific opportunities for shared lessons and improvement, which should be reviewed and implemented by all providers to improve their practice, compliance and ultimately health outcomes for workers,” the agency said.

RSHQ principal policy officer Russell Morgan stressed that while multiple issues had been identified, there had been a “significant improvement in spirometry” compared to 2016, when a review had found up to 40% of tests had been non-compliant.

“Some of that improvement has permeated into general practice,” he said.

The standards were currently under review by TSANZ with an eye to incorporate changes to international guidelines, while an electronic system for capturing spirometry data was also under development which should improve reporting, Mr Morgan added.

It comes as mobile medical provider Heart of Australia announced plans to begin offering free lung checks for former and retired mine workers in the remote Queensland community of Mount Isa.

The program, funded by the Queensland Government, involves a specialist clinic housed inside a semi-trailer featuring a battery-operated CT scanner and x-ray to allow for on-site imaging.