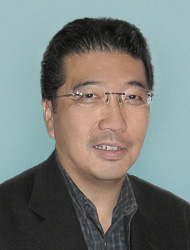 Endoscopic lung volume reduction (ELVR) for advanced COPD that is refractory to standard care has been associated with significant improvements in lung function and exercise capacity – yet the procedure is rarely offered in Australia despite support of its use in national guidelines, say respiratory specialists.

With a growing evidence base supporting its use in the subgroup of patients, clinicians will need to be more aware of the procedure as a treatment option, according to clinicians from NSW. Led by Professor Alvin Ing from Macquarie University and Concord Hospital in Sydney, they discuss its longer term effects and comparative studies between the different endoscopic techniques and surgeries in a MJA review.

“It appears inevitable that these treatments will continue to shift from their position as a niche therapy in Australia and New Zealand towards the mainstream,” they write.

Acknowledging that patient selection continues to be a challenge in practice, the group said the process is ‘individualised and complex’, recommending that multidisciplinary emphysema teams be used in both assessment and treatment in high volume specialised centres.

In general they said typical candidates for ELVR were highly symptomatic with significant hyperinflation and gas trapping, demonstrated by elevated total lung capacity and residual volume measured during pulmonary function testing – a FEV1 20-50% of predicted value, TLC 100% of predicted value and a RV 175% of predictive value.

They also cautioned that patients should have few additional respiratory or cardiac comorbidities and should have ceased smoking for more than six months.

But noting that these criteria were ‘not absolute’, investigators said some factors may be weighted more heavily than others.

“Specific disease characteristics, such as emphysema distribution and the presence or absence of collateral ventilation between lobes, further dictate suitability for ELVR techniques or LVRS. It is therefore recommended that lung volume reduction assessments and procedures are performed in specialist centres, and a multidisciplinary emphysema team involving respiratory physicians, interventional pulmonologists, thoracic surgeons and radiologists,” they explained.

According to the research team – who reviewed data from randomised controlled trials investigating ELVR techniques along with meta-analyses, case series, subgroup analyses and expert consensus recommendations – the ‘increasingly robust’ body of literature for endobronchial valve therapy has led to its recent recognition by the Global Initiative for Chronic Obstructive
Lung Disease (GOLD) strategy with level A class evidence.

Writing in the MJA, the group said the patients most likely to benefit from the procedure are those with heterogeneous emphysema and no collateral ventilation.

They also noted that the most common complication of effective endobronchial valve placement, pneumothorax, was brought about by the combination of rapid expansion of the adjacent untreated lobe and tearing of fragile lung tissue or adhesions.

But while research suggests this occurs in up to 25% of cases, the group say most would consider the risk ‘acceptable’.

“Given intercostal drains are universally required following LVRS, and rates of prolonged air leak and re-operation in that cohort are typically high,” they add.

Meanwhile, pneumothorax endobronchial valve insertion does not influence survival – rather it appeared to be a marker of successful lobar collapse and volume reduction, which in itself was associated with a survival advantage, they also also noted.

According to their review of published RCTs to date, long term follow up suggested improved outcomes up to one year with gradual decline that was likely due to disease progression on the non-treated lung. But in some patients improvements in symptoms, exercise capacity and lung function have been maintained up to three years.

With many patients experiencing a localised inflammatory response, fatigue, flu-like symptoms and temporary worsening of their respiratory symptoms, current recommendations are for treatment of up to three upper lobe segments over two sessions to ease the local inflammatory response induced by the therapy.

But in biological lung volume reduction safety concerns related to the inflammatory response to the polymer persist despite the technique demonstrating effective volume reduction and improvement in lung function and symptoms, they report.

As for endobrochial coils – which are not currently available in Australia – investigators said the device was associated with ‘modest improvements’ in lung function and symptoms with the technique proving a favoured approach in homogenous emphysema. Adverse events associate with the therapy include pneumonia, exacerbations of COPD, and pneumothorax.

Highlighting that inhaled pharmacotherapy, smoking cessation and and pulmonary rehabilitation remain mandatory, mainstay therapies, the expert group observed that, for a highly selected group of patients who don’t respond to standard care, the growing choice of endoscopic procedures should provide an alternative to the complications of surgery.

The review is published in the MJA.