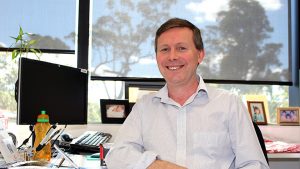 After being knocked back three times for PBS listing, the cystic fibrosis treatment lumacaftor with ivacaftor (Orkambi) has received a positive recommendation from the Pharmaceutical Benefits Advisory Committee

At its July meeting the PBAC made  a recommendation for a Section 100 (Highly Specialised Drugs Program) Authority Required listing for the drug as treatment of cystic fibrosis in patients aged 6 years and over  who have the F508del homozygous cystic fibrosis gene mutation for the cystic fibrosis transmembrane conductance regulator (CFTR) protein.

The listing was welcomed by respiratory physician Professor Peter Wark, who said the combination would be a modest but significant step forward for up to 2000 Australian CF patients with the mutation.

The combination had been shown to improve lung function (FEV1) by about 2-3% over  24 weeks and  also had benefits on weight gain and reducing exacerbations by about 25%, said Professor Wark of the Hunter Medical Research Institute, NSW and board member of Cystic Fibrosis Australia

“It doesn’t work brilliantly well but it does work,” he said.

“It is seen as an important step forward to stabilise progression of the disease.”

Professor Wark said he hoped to see the drug listed before the end of the year, and there would likely be a further application of subsidy in children in the 2-5 year age group in future, when evidence was available in the younger age group.

As part of its recommendation, the PBAC said access to the drug should be conditional on it being provided under a Managed Access Program (MAP). This would require the sponsor, Vertex, to provide data confirming long term efficacy of the drug from ongoing trials in 6 – 11 year olds.

The PBAC said it would need to be satisfied that “ the differences in the rates of decline in lung function and pulmonary exacerbations observed over a 96 week trial period are sustained over a longer time period of at least four years in real clinical practice.”

If not substantiated or only partially substantiated, “the price paid for lumacaftor with ivacaftor would reduce to a level consistent with the evidence provided to the PBAC”.