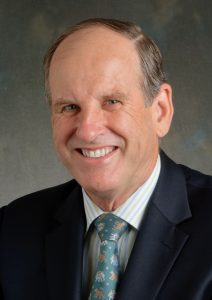 Australian researchers have developed a novel synthetic lipopeptide conjugate vaccine delivered via inhalation to the pulmonary mucosa that increased immunogenicity and efficacy against tuberculosis (TB) in a pre-clinical model.

As reported in the Journal of Medicinal Chemistry, the experimental vaccine stimulated a strong Th17-like CD4+ T-lymphocyte response in a mouse model.

Importantly, it was also shown to successfully protect against airborne TB infection when co-administered with Mycobacterium tuberculosis.

Professor Warwick Britton, Head of the Centenary Institute Tuberculosis Research Program, said there was an urgent need for alternatives to the BCG vaccine, which was only really effective in infants.

“It fails to prevent infection or provide long-term protection in older individuals and it isn’t considered suitable for use in individuals with an impaired immune system,” he said.

Professor Britton said the route of administration of the new vaccine was also a significant step forward.

“The important thing is that the vaccine actually gets to the lungs because that’s where you first see TB. Ultimately, we would love to see a form of this vaccine available for use in an easily inhaled nasal spray which would provide life-long TB protection,” he said.

Pulmonary vaccination also has practical advantages such as avoiding the need for sterile needles, containment of sharps waste and large numbers of clinically trained personnel, which in turn lowers the cost of TB prevention programs.

The study said up to 10% of the estimated two billion individuals carrying TB globally will develop the disease in their lifetime. More than 50% of TB cases occur in the Asia Pacific region.