Computer simulation of 3D protein structures associated with gene mutations in Mycobacterium tuberculosis has been used to predict resistance to pyrazinamide in tuberculosis treatment.

The technology can be used to ‘pre-emptively identify likely resistance mutations in drug targets’ rather than waiting to see if a patient fails lengthy therapy.

Researchers from the Doherty Institute and the University of Melbourne’s Bio21 Institute used genome-sequencing technology to first identify a novel mutation in the PncA gene that prevents pyrazinamide being converted into its active metabolite, pyrazinoic acid.

As reported in the American Journal of Respiratory and Critical Care Medicine, they were then able to accurately identify other resistant and susceptible missense variants. 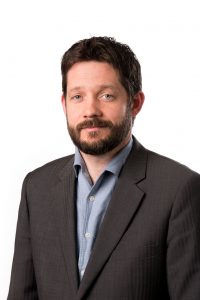 What’s the real value in computer-modelling likely drug-resistant mutations that might not have arisen yet in the real world?

Traditionally, proving that a particular mutation causes clinically relevant drug resistance takes time. At best, testing a TB isolate with a new mutation for evidence of drug resistance in the laboratory can take weeks, but more definitive evidence might only come from seeing whether a mutation is also associated with clinical evidence of failure – a process that can take years of observation across many people treated. For drugs like pyrazinamide, the difficulty of reliable culture-based sensitivity testing also heightens the issue, and there can still be uncertainty about how useful a drug is even after drug resistance testing is performed. Computer modelling adds value by being able to short-circuit this process by virtually demonstrating the impact of even completely novel mutations, and can be done very quickly once the underlying model is established.

Is there an advantage in this method over molecular and culture-based techniques to identify drug resistance?
This method complements existing approaches, rather than replacing them. We are moving towards a situation where all TB isolates will be routinely sequenced as a standard part of clinical care, and these techniques will allow clinicians to quickly get the most useful information possible for guiding therapy.

This work relates to many mutations in one gene which influences the efficacy of one drug. Can it make a difference to individual patients and importantly to tuberculosis control programs?
We think that these modelling approaches can have real value to patients, rather than simply being research tools. Our article is built around a real patient, where clinicians, laboratory scientists, geneticists and modellers could work together in real time to improve clinical care – bedside to bench and back! We’re proud of that, and hope that these tools will be useful for many other patients in the future.

How do you foresee this technology being made available so clinicians can tailor treatment to likely patterns of resistance in M. tuberculosis – and perhaps other organisms?
We plan to develop and make available similar models for other TB mutations, and to keep refining and validating them. Ultimately, we hope that clinicians and scientists sequencing their isolates will also have access to these tools for real-time guidance – not just for drug resistance, but potentially also for issues like how much risk of transmission there might be. Now that the principles are established, we hope that others will also continue to build models for a range of conditions in the future.