Dr Noel Bayley recognised with AM for humanitarian work

He is a cardiology and respiratory medicine physician who has helped save the lives of dozens of young people with rheumatic heart disease (RHD) living in Timor Leste.

Last week Victorian physician Dr Noel Bayley was honoured for his humanitarian work when he was named a Member in the General Division (AM) as part of the 2018 Queen’s Birthday Honours.

Dr Bayley, who graduated from the University of Melbourne in 1977 and is a consultant physician (cardiology and respiratory medicine) at SouthWest Healthcare in the regional town of Warrnambool, first visited the fledgling nation of East Timor in 2003 to work as a volunteer in a local medical clinic.

It was not long before he identified the state’s huge burden of untreated RHD. 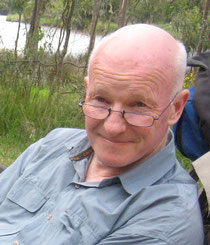 “I started to see all these kids and adults with terrible valvular disease. I was seeing children as young as eight with heart failure, which you just don’t see in Australia,” he tells the limbic .

“I was quite shocked, the first kid I saw I couldn’t believe what I was seeing….But as time passed it became apparent that child was the tip of a very large iceberg, there were thousands of young Timorese with rheumatic heart disease who needed treatment.”

Dr Bayley arranged for his first cardiology patient, a teenage girl with tuberculosis pericarditis, to travel to Melbourne for treatment, which was successful.

Since then, he has brought more than 100 teens and young adults over for surgery in Australia, with their treatment supported by a mix of fundraising and in-kind support from Monash Medical Centre, Royal Melbourne Hospital, Geelong Hospital and Barwon Health, in Victoria, and Eastern Health in Sydney.

Over the years, his outreach work has continued to grow.

Seven years ago Dr Bayley established a charity to fund the work, the East Timor Hearts Fund, and in the past three years has recruited five cardiologists to work with him.

The group travels to Timor Leste three times a year, where they spend about a week helping meet the huge burden of need.

The work can be confronting – there are plenty of cases where life-saving treatment is not an option.

“The most difficult part is seeing young people whose disease is so advanced that you can’t do anything for them,” Dr Bayley says.

Then there are the cases where intervention is possible but can’t be arranged quickly enough.

“I had three teenage girls die on me while they were waiting for a procedure in Australia, so it really is a life or death proposition.”

Despite this, the work has become “one of the great joys of my life” says Dr Bayley, who lives with the knowledge that he has changed the course of so many young lives.

“When I go back not only do I see new patients, but I see the over 100 people who have now had surgery, the vast majority of whom are alive and well, and that is a source of absolute pleasure,” he says.

The success stories include the first patient he brought to Australia for surgery.

“I talked to her GP recently and he said she’s really well. So, it’s 13 years on and she would have been long dead by now.”

He hopes that one day, the country will no longer have a need for his team of cardiologists.

“As Timor slowly pulls itself out of poverty and the issues of clean water and so on are addressed then you would expect the rates of rheumatic heart disease to reduce.

But for now, he has no plans to stop visiting Timor Leste. There is still much work to be done.