Disease modulators are not the end of the story in cystic fibrosis, experts warn 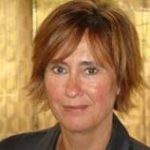 Disease modulator drugs are a major step forward in the treatment of cystic fibrosis but increasingly wider availability “won’t turn the clock back” for the growing numbers of adult patients whose lungs have been damaged by the disease, respiratory physicians in the UK say.

The drugs are not a cure and with some patients being ineligible or intolerant, alternative options are needed, a panel of experts speaking on the future challenges of treatment for of the disease said.

Professor Jane Davies, a professor of Paediatric Respirology and Experimental Medicine at Imperial College London, and consultant at the Royal Brompton Hospital, said new combination treatments such as elexacaftor/ivacaftor/tezacaftor (Trikafta) will work for a higher proportion of patients than dual therapies but still cannot reverse existing disease.

“The dual therapies that we have access to for patients in England at the moment are useful for about half of patients although the license is not for all ages at the moment. The triple therapies when they are licensed will treat probably upwards of 85% of people,” she said.

She pointed out that Trikafta (which was approved in the US at the end of last year but is likely to be renamed for the European market) would probably initially be licensed for over 12s but paediatric trials were being done and the age would drop as the evidence grew.

“We have modulator drugs for quite a large proportion of patients with cystic fibrosis now. Despite these areas of progress and the enthusiasm around it, we have some concerns,” she said.

“These drugs are going to remain, for the foreseeable future, high cost, they’re not suitable for everyone and these drugs are not going to reverse lung disease that is already established in adults, we’re still going to need other things.

“The job is not done we have a lot more research that is needed,” she added.

The panel, put together by the Cystic Fibrosis Trust (UK), pointed to work being done on gene editing techniques and the development of novel antibiotics using artificial intelligence. Both are key given the limitations of disease modulators and the fact that the drugs do not seem to be having an impact on lung infections, they said.

Dr Patrick Harrison, Senior Lecturer in Molecular Physiology, University College Cork, said there had been some exciting recent developments in gene editing but the work was in the early stages.

“There are some very early data out there and what we’re trying to do in the research community is look at different strategies for cystic fibrosis which may work. One of major challenges with cystic fibrosis is there’s so many different mutations. You need a strategy that can work for as many of those as you can.”