COPD flying under the radar in RA patients 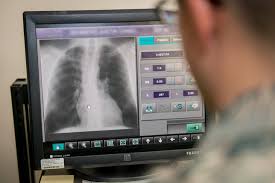 When a rheumatoid arthritis patient presents with respiratory symptoms, clinicians would do well to consider COPD, a new commentary in The Lancet Respiratory Medicine suggests.

While the most feared pulmonary manifestation in RA is interstitial lung disease, less is known about the co-existence of COPD, according to the authors of a new Danish paper that finds a one in 10 RA patients have COPD and consequently are at greater risk of dying earlier.

Using data from medical registries, the study authors found a 1-year mortality rate of 15% in patients with both diseases, compared to 4.2% in matched patients with RA alone.

This jumped to a 5-year mortality rate of 41.9% in patients with both diseases, compared to 20.9% for RA alone.

“The excess mortality is striking,” they wrote.

Additionally, previous research has suggested patients with COPD and RA are more likely to be admitted to hospital for a respiratory problem than those who don’t have RA.

“The reportedly higher risk of hospital admission and mortality call for increased awareness from rheumatologists and pulmonologists,” write Charlotte Hyldagaard and her co-authors from the Department of Respiratory Diseases at Aarhus University Hospital in Denmark.

“Patients with rheumatoid arthritis who present with respiratory symptoms should undergo further investigations and, preferably, be referred to a respiratory specialist to identify the underlying cause.”