Checkpoint inhibitors show potential for first line use in NSCLC 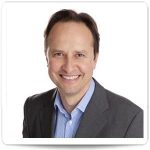 The next step for immune therapy in lung cancer is in combination with chemotherapy or radiotherapy as first line treatment, according to oncologist Associate Professor Chris Karapetis.

Attention had recently focused on combinations of immune checkpoint inhibitors such as pembrolizumab and nivolumab with standard chemotherapy in patients with higher levels of  PD-L1 expression, who accounted for up to 30% of patients with NSCLC.

This had led to a change in practice in Australia, and the drug was now available through special access programs for patients with high levels of PDL1 expression, Professor Karapetis said.

Other strategies included using immune checkpoint inhibitors in combination with radiotherapy, which made the tumour release more antigen for the T-cells to act on.

“There’s a degree of priming that occurs when you subject a tumour to a treatment that effectively leads to cell death, antigen release and then the immune therapy comes on board on, so its effect may be enhanced,” he said.

Most recently there had been positive results with pembrolizumab in combination with chemotherapy for the first-line treatment of patients with NSCLC with significant improvements in both PFS and overall survival over chemo alone.

“We’re getting a consistent story. Once you see two or three drugs showing the same thing I think you can start to believe it, and it’s really interesting,” said Professor Karapetis.

“There certainly is a move towards exploiting these combinations, and exploiting the potential benefit of enabling antigen release and a greater immune therapy induced response against the tumour.”

Further positive results had been seen with combinations of two immune therapy drugs such as nivolumab and ipilimumab in the Checkmate 12 study, he added.

“The combined approach does produce an augmentation of anti-tumour response.”