Calling time on length of antibiotic treatment for exacerbations in CF

Adult cystic fibrosis patients who need antibiotics for a pulmonary exacerbation may be at risk of overtreatment and undertreatment if the duration of treatment is stipulated in guidelines, an expert warns. 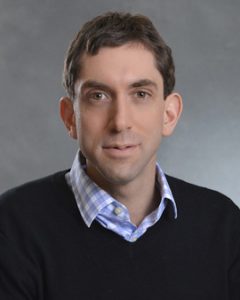 Writing in a comment piece published in the Lancet Respiratory Medicine, Associate Professor Michael Stephen from the Department of Pulmonary and Critical Care at Drexel University in Philadelphia, said the duration of antibiotic treatment for pulmonary exacerbations in people with CF was a subject of debate because guidelines had found insufficient evidence to recommend an optimal length of treatment.

Nevertheless, he noted that many clinicians adopted a 14-day course, an approach which he labelled as ‘misguided’ in part because of the presumed causes of exacerbations together with the vast heterogeneity seen in patients with an exacerbation.

Instead, Dr Stephen said he preferred a more ‘flexible’ approach where patients are assessed daily based on symptoms and pulmonary function testing, with the length of antibiotic treatment “tailored to each individual exacerbation”.

Conceding that guidelines had advantages in that they standardised care and provided guidance to clinicians, “locking in patients” to a set duration of antibiotic treatment would “most likely cause some patients to be undertreated and others to be overtreated,” he argued.

“Barring any future biomarker discovery, the most beneficial approach is to treat until symptoms are reasonably improved and the patient feels close to baseline with exercise capacity.”

In a counter comment published in the same journal, Professor Christopher H. Goss from the Cystic Fibrosis Foundation Therapeutics Development Network Coordinating Center and colleagues acknowledged that quality evidence was central to any use of a therapeutic, especially antimicrobial drugs.

“We acknowledge that there might be multiple aetiologies and duration of symptoms when patients are offered intravenous therapies, but this variation does not mean  that there should be multiple treatment regimens or durations. The same could be argued for all other pulmonary infections and yet a standardised duration was indeed possible,” they wrote.

They said results from the Standardized Treatment of Pulmonary Exacerbations II ( STOP2 trial) trial involving over 850 patients with CF and due to report its results late next year, would provide clear evidence of the optimal duration of intravenous antibiotics for adults with cystic fibrosis who present with a physician-defined pulmonary exacerbation.

“An new era of evidence for the treatment for acute pulmonary exacerbation in cystic fibrosis has begun.

“The goal is to develop a standardised protocol for the management of acute pulmonary exacerbation in this disease, which has the potential to reduce practice variability, optimise care and better understand the risks and benefits for specific durations of intravenous antibiotics,” they concluded.