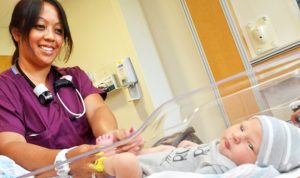 A pathogen similar to Bordetella pertussis is responsible for as many one in six cases of whooping cough, Australian infectious disease specialists have confirmed.

Bordetella holmesii causes a respiratory infection similar to pertussis but mostly in adolescents rather than under fives, researchers at the University of Sydney say.

The novel pathogen is routinely misdiagnosed as pertussis because the current PCR test for the whooping cough pathogen does not distinguish between the two Bordetella species, they write in the journal Pathology.

While B. holmesii has been shown to be account for up to 30% of ‘pertussis’ cases in outbreaks in the US, the incidence of the pathogen in Australia has been unknown until now.

When researchers used a B. holmesii specific PCR test to investigate 802 patients diagnosed with pertussis they found that 46 (6%) of them were actually B. holmesii rather than B pertussis.

The analysis, which covered pertussis samples from 2008-20016 held at the Centre for Infectious Disease and Microbiology Laboratory Services in NSW, found that the incidence of B. holmesii was zero in some years, but around 6-8% in four annual sets of samples and as high as 17% in 2010.

There were no cases of co-infection, showing that the novel pathogen had been hidden from view by being misdiagnosed as pertussis, the researchers said.

They noted that most cases occurred in the 11-18 years age group and there was evidence of person-to-person transmission within households.

The findings had important implications for disease surveillance and also for the monitoring of the success of pertussis immunisation and treatment programs, the researchers said.

“ The presence of B. holmesii in Australia highlights the importance of routine laboratory testing for this pathogen and ongoing public health surveillance that can guide the control of whooping cough,” they said.

In a 2014 review,  Swiss researchers noted that B. holmesii caused similar but slightly to milder respiratory symptoms to B pertussis, with only 30% of patients still having cough after 80 days compared to 70% with pertussis. However it appeared to have a greater risk of invasive bacteraemia.

They also noted that antibiotic treatment could be a problem because B. holmesii had less susceptibility to macrolides used empirically to treat B pertussis, as well as third generation cephalosporins.

“Physicians should be aware of B. holmesii and assess their laboratory’s ability to identify it … ,” they wrote in the Lancet.

“At present, the most important public health issue is related to the deleterious effect of cases of B. holmesii being interpreted as a B. pertussis outbreak. This mistake could lead to underestimation of the efficacy of pertussis vaccination.”