It would be a struggle in any city to find a road without a pothole. However they are apparently such a big issue in Manchester in the UK that one anonymous and artistic activist has taken the matter into his own hands in a rather unconventional way.

The pothole artist who goes by the name ‘*anksy’ (a nod to the famous street artist Banksy) has taken to drawing giant penises around potholes in a bid to get the local council to do something about them. 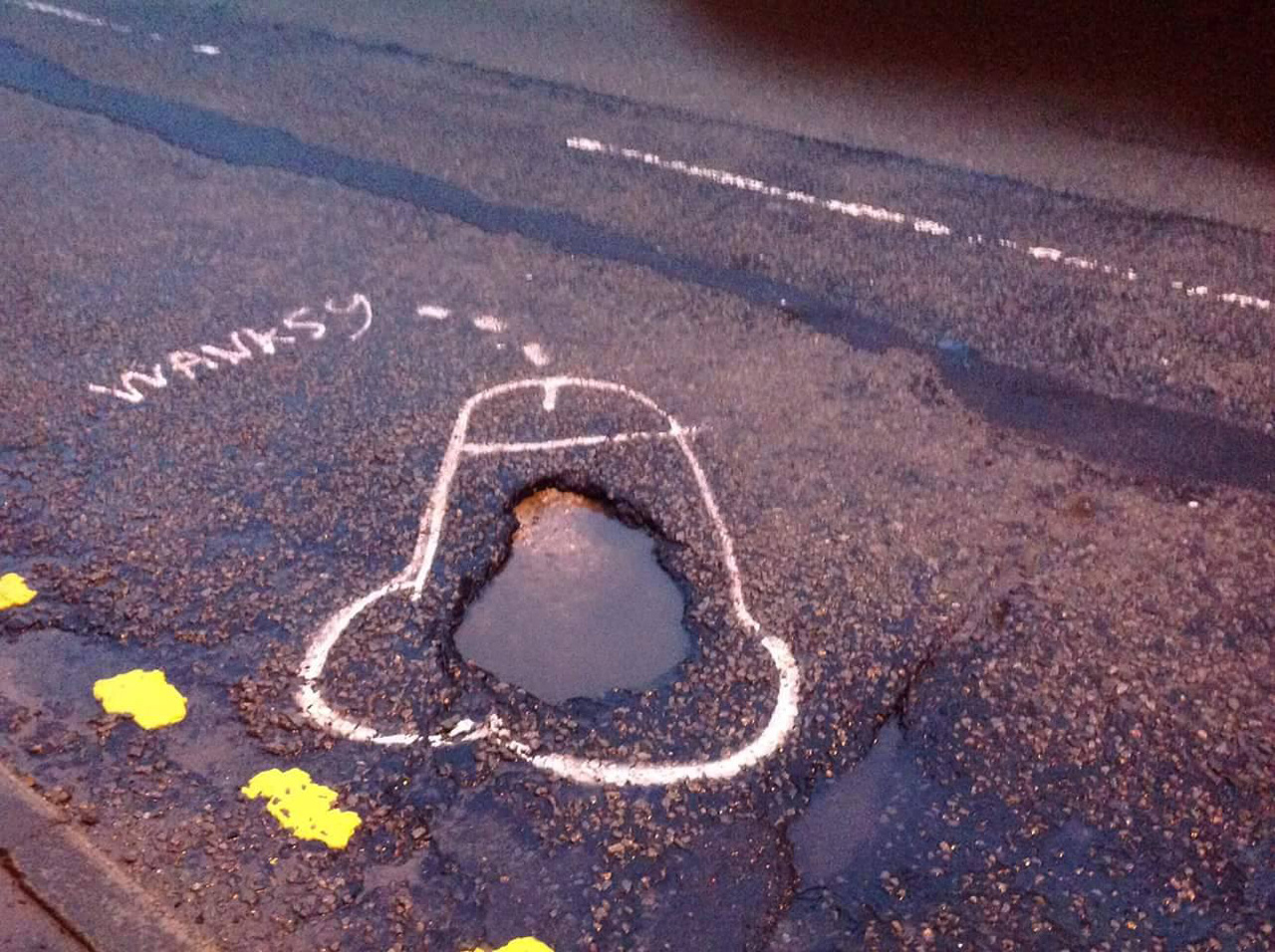 Wanksy wants to attract attention to potholes and make them memorable

And his approach is getting results, with many of the potholes — some have been there for years — are being filled in within 48 hours. 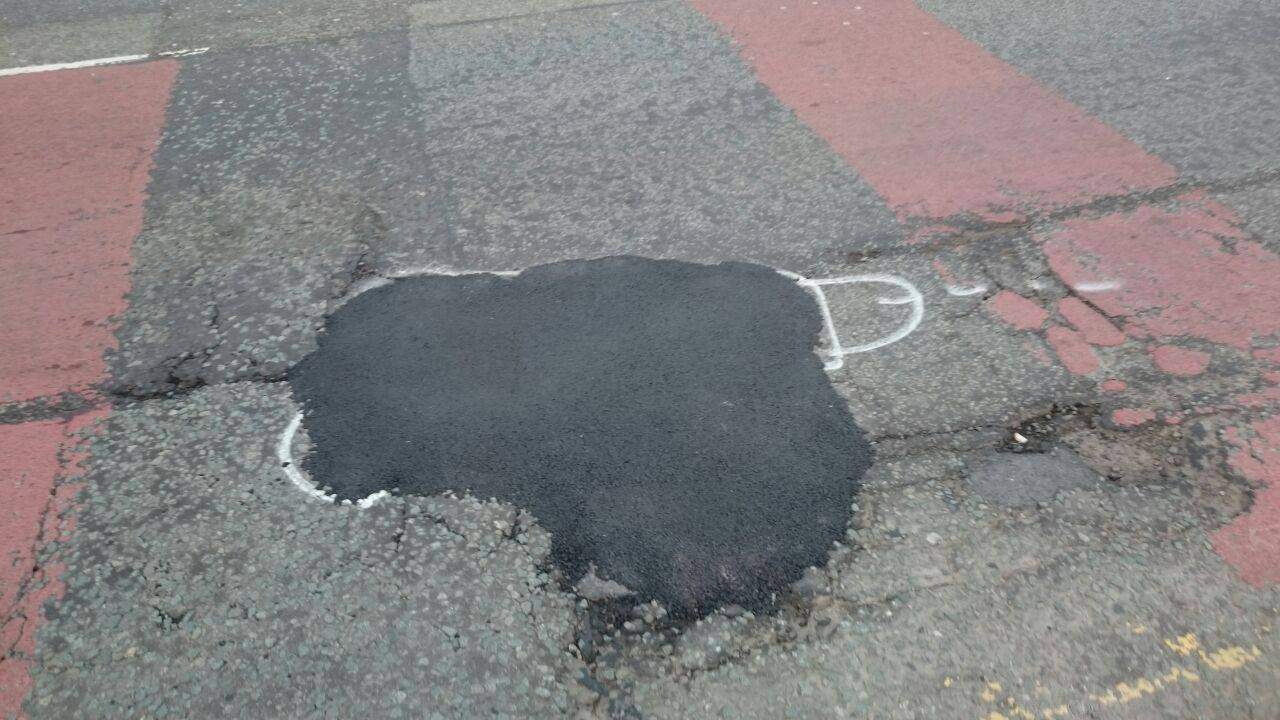 Wanksy gets the job done

“The roads of Manchester are in an appalling state, especially around Bury. I have cyclist friends who have been hospitalised, the mysterious ‘comedy phallus’ crusader told Manchester Evening News.

“They damage vehicles. Sometimes it’s hard to know which pothole caused the damage because there are so many. When I’ve finished in Ramsbottom, I’ll move on to the rest of Manchester”.

Needless to say, the local council are not impressed.

A council spokesman said; “The actions of this individual are not only stupid but incredibly insulting to local residents.

“Has this person, for just one second, considered how families with young children must feel when they are confronted with these obscene symbols as they walk to school? Not only is this vandalism, but it’s also counter-productive.”