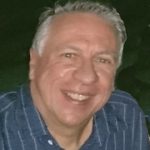 Population based screening for melanoma is unlikely to be adopted in Australia despite our reputation as the world’s capital for the invasive disease.

Speaking to the limbic after a Melanoma Screening Summit in Brisbane, Professor Scott Menzies said his opinion was based on the overall lack of evidence for the effectiveness of screening.

He said the US Preventive Services Taskforce in 2016 had found limited evidence for skin cancer screening to reduce mortality from melanoma.

More recently, a German study had found the number needed to screen to save a life from melanoma was 34,000.

“So that’s an enormously high number to prevent one extra death of melanoma,” he said.

Professor Menzies, from the University of Sydney, said melanoma was certainly not going to be the next national screening program after breast, bowel and cervical cancer.

“We’re going to be hard pressed for the fourth screening program to be melanoma to be honest, because of these huge numbers in the number needed to screen. I don’t think anyone anticipates a population-based screen for melanoma in Australia, even targeted to a high risk group.”

“The other thing to remember is that most screening relates to improving mortality. And because we are now improving melanoma mortality from advanced disease, it’s becoming harder and harder to get to that 20% reduction in mortality rate which was the figure that I and others have suggested is required.”

Professor Menzies said screening would inevitably identify large numbers of non-melanoma skin cancers, which would add to the cost of a program but not save lives.

It would be difficult to avoid these patients in a screening program given one of the most important risk factors for developing melanoma was a previous non-melanoma skin cancer.

“No matter what, we are going to have to deal with them and my suggestion was at least for the flat lesions that aren’t in a morbid site – the mid-face and other danger zones – we have to biopsy every one. But there will be a reasonably large subset of these small flat lesions, maybe on the trunk, that we might take a little biopsy and observe them.

“We know a proportion of them will go away by themselves but we don’t know what that proportion is. That may be a way of reducing cost.”

He said the very fast growing nodular melanomas might have skewed results from screening programs.

“They are not the type of tumour that we want to screen for. We want these slowly evolving lesions.”

“I suggest that our aim now is to reduce the total numbers of melanoma that are thicker than T1a – less than 0.8mm in thickness and non-ulcerative – tumours.”

Professor Menzies said an older WA study had shown a relatively large number of false positives and false negatives in a community-based screening program for melanoma.

And the potential for overdiagnosis leading to harms including scars and psychological issues was very real.

“Our gold standard is not that gold in the histopathology of melanoma. It’s an interesting tumour. To distinguish between an early melanoma and an irregular mole can be very tricky.”

He said everybody at the Melanoma Summit agreed that primary prevention was still incredibly important although there was little funding available these days for community awareness programs about avoiding sun exposure.

So while new techniques to identify melanoma early were still in development, it was a case of back to basics with clinicians ensuring patients were educated to come in when a lesion was changing and conducting regular reviews on patients at increased risk.