By Ian Musgrave Senior lecturer in Pharmacology, University of Adelaide 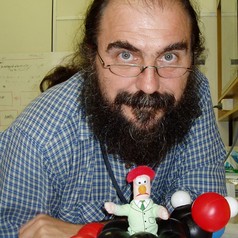 The common weed killer Roundup (glyphosate) is back in the news after a US court ruled it contributed to a man’s terminal cancer (non-Hodgkin lymphoma). Following the court’s order for manufacturer Monsanto to compensate the former school ground’s keeper US$289 million, more than 9,000 people are reportedly also suing the company.

In light of this, Cancer Council Australia is calling for Australia to review glyphosate’s safety. And tonight’s Four Corner’s report centres around Monsanto’s possible cover-up of the evidence for a link between glyphosate and cancer.

Juries don’t decide science, and this latest court case produced no new scientific data. Those who believe glyphosate causes cancer often refer to the 2015 report by the International Agency for Research on Cancer (IARC) that classified the herbicide as “probably carcinogenic to humans”.

IARC’s conclusion was arrived at using a narrower base of evidence than other recent peer-reviewed papers and governmental reviews. Australia’s regulator, the Australian Pesticides and Veterinary Medicines Authority (APVMA), reviewed the safety of glyphosate after IARC’s determination. It’s 2016 report concluded that

based on current risk assessment the label instructions on all glyphosate products – when followed – provides adequate protection for users.

The Agricultural Health Study, which followed more than 50,000 people in the US for over ten years, was published in 2018. This real world study in the populations with the highest exposure to glyphosate showed that if there is any risk of cancer from glyphosate preparations, it is exceedingly small.

It also showed that the risk of non-Hodgkin lymphoma is negligible. It is unclear to what extent this study was used in the recent court case.

What did the IARC and others find?

Glyphosate is one of the most used herbicides worldwide. It kills weeds by targeting a specific pathway (the shikimic acid pathway) that exists in plants and a type of bacteria (eubacteria), but not animals (or humans).

In terms of short-term exposure, glyphosate is less toxic than table salt. However, it’s chronic, or long-term, exposure to glyphosate that’s causing the controversy.

Pesticides and herbicides are periodically re-evaluated for their safety and several studies have done so for glyphosate. For instance, in 2015, Germany’s Federal Institute for Risk Assessment suggested glyphosate was neither mutagenic nor carcinogenic.

But then came the IARC’s surprising classification. And the subsequent 2015 review by the European Food Safety Authority, that concluded glyphosate was unlikely to pose a carcinogenic hazard, didn’t alleviate sceptics.

The key differences between the IARC’s and other reports revolve around the breadth of evidence considered, the weight of human studies, consideration of physiological plausibility and, most importantly, risk assessment. The IARC did not take into account the extent of exposure to glyphosate to establish its association with cancer, while the others did.

Establishing whether a chemical can cause cancer in humans involves demonstrating a mechanism in which it can do so. Typical investigations examine if the chemical causes mutations in bacteria or damage to the DNA of mammalian cells.

The studies reviewed by IARC, and the other bodies mentioned, that looked at glyphosate’s ability to produce mutations in bacteria and to mammalian cells were negative. The weight of evidence also indicated glyphosate was unlikely to cause significant DNA damage.

Animal studies are typically conducted in rats or mice. The rodents are given oral doses of glyphosate for up to 89% of their life spans, at concentrations much higher than humans would be exposed to.

Studies examined by the European Food Safety Authority included nine rat studies where no cancers were seen. Out of five mouse studies, three showed no cancers even at the highest doses. One study showed tumours, but these were not dose dependent (suggesting random variation, not causation) and in one study tumours were seen at highest doses in males only.

This led to the European Food Safety Authority’s overall conclusion that glyphosate was unlikely to be a carcinogenic hazard to humans.

The IARC evaluation included only six rat studies. In one study, cancer was seen but this wasn’t dose dependent (again suggesting random variation). They evaluated only two mouse studies, one of which was negative for cancer and that showed a statistically significant “trend” in males.

The IARC thus concluded there was sufficient evidence of carcinogenicity in animals but there was no consistency in tumour type (mouse vs rat) or location.

As already mentioned, the large Agricultural Health Study found no association between cancer and glyphosate in humans. And the 2016 review by Australia’s regulator concluded glyphosate was safe if used as directed.

It’s possible the animus towards Monsanto and genetically modified organisms may have influenced the recent juries’ decision far more than any science. However, these materials had no impact on the scientific findings.

This article was originally published in The Conversation