Precision oncology should include prevention and early prostate cancer treatment 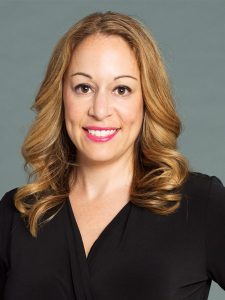 Greater personalisation along the whole continuum of care from prevention to management of advanced disease is the holy grail in prostate cancer, according to one of the invited speakers at the 2019 COSA ASM.

Professor Stacy Loeb, a urologist from New York University, said most discussion about precision oncology was related to advanced disease and she expected many more targeted therapies in the next 5-10 years.

“But I think even prevention of cancer is probably best achieved in a precision fashion. For example, somebody may be more susceptible to a specific environmental risk factor which may not matter as much to the next person. Or somebody may respond to a prevention strategy and others don’t and there may be underlying genetic differences that can predict responsiveness to prevention. Hopefully this will all just keep evolving.”

Speaking to the limbic after the opening session on prostate cancer prescription for the 21st century, Professor Loeb said there was no standard regarding the type and frequency of testing during active surveillance.

“Should we do biopsies every year, every two years, every five years? What if you have a MRI and it’s normal, does the patient still have to undergo a biopsy? There are a lot of open questions but I think all of this depends on the patient.”

“If the patient is younger and healthier they may need a more intensive surveillance. If the patient is at the borderline, where they have numerous cores of cancer or the biopsy, shows a good amount of cancer but a low grade, then they may need more intensive surveillance than someone who just had one sample with a tiny amount of cancer.”

She said there should be a move away from one size fits all strategies and instead consideration of the patients’ overall health, their tumour features, and their personal preferences about the intensity of care

“Some may want more intense surveillance if that would reduce their anxiety while others may not want to think about it as often if they don’t have to so patients preferences need to be assessed and factored in.”

Professor Loeb told the meeting that surgical management of prostate cancer was continuing to evolve with new robotic technologies and technique modifications aimed at reducing side effects for patients.

“Importantly, we are doing less surgery and other treatments for patients who have favourable risk prostate cancer. More and more men are opting for active surveillance and only proceeding to treatment if necessary.”

She said the current guidelines recommended active surveillance as the preferred management for low risk disease. Surgery or radiation should only be the exception in cases such as a younger patient with a high volume of Gleason 6 disease not comfortable with active surveillance, or a patient who had complications with prostate biopsy and prefers not to have to undergo repeat prostate biopsies.

“There may be circumstances where justifiably the patient has concerns about active surveillance.”

As biopsies were still part of the monitoring process, active surveillance was not without morbidity, she said.

“Here in Australia, there has been a lot of effort into reducing prostate biopsy complications so that’s fantastic and we are definitely improving MRI and other markers to help us determine who really needs to have a biopsy and who might be able to wait a bit on the biopsy.”

She emphasised that active surveillance, which was by definition active, was not the same as watchful waiting although the terms have been used interchangeably.

Instead they represented opposite ends of the conservative management spectrum.

“Technically speaking, watchful waiting does not have curative intent. It is a palliative approach for patients who have other health issues and are not fit for curative therapy and who want to maximise their quality of life.”

“In contrast, active surveillance is meant to be keeping a constant watch on the cancer and to be doing serial testing to detect any suggestion that the cancer is getting worse – higher in grade or increasing in volume – but to detect that within the window of curability so that curative treatment can be offered.”

Professor Loeb said uptake of active surveillance was increasing in the US.

“It varies in different groups and populations depending on which data set you look at but the critical message for doctors is to be aware that many prostate cancers do not need up front definitive treatments – and for patients to know that too so they can obtain multidisciplinary consultations and make sure they are making a decision that is concordant with their preferences.”

She also acknowledged local discussion about underutilisation of radiotherapy and the importance of patients seeing both a urologist and a radiation oncologist to make fully informed decisions.

“The reasons that fewer patients would be using radiation therapy compared to surgery are unknown. Probably there needs to be a lot more research into decision making and qualitative research with patients about what factored into their decision,” she said.