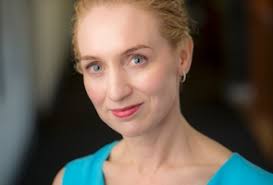 Medical oncologists have been recognised for their contribution to the profession in the Queen’s Birthday 2020 Honours List.

Professor Georgina Long has been awarded an AO (Officer of the Order of Australia) in the General Division for her distinguished service to medicine and in particular to melanoma research.

Professor Long is co-medical director of Melanoma Institute Australia (MIA) where she chairs the Melanoma Medical Oncology and Translational Research at MIA and Royal North Shore Hospital, The University of Sydney.

“She has changed the face of melanoma treatment around the world and many thousands of people are alive today thanks to her intellect, determination and passion.”

“It is due to her research and thought leadership globally that the world is now realistically looking towards a day with zero deaths from melanoma,” he said.

Professor Long’s research focuses on the targeted therapies and immuno-oncology in melanoma which have significantly extended the life expectancy for melanoma patients.

She is the first woman and the first Australian to be President of the US-based Society for Melanoma Research (SMR).

Medical oncologist Associate Professor David Bell, from the Royal North Shore Hospital and North Shore Private Hospital, was also recognised with an OAM (Medal of the Order of Australia) for his service to medicine and to professional associations.

He was instrumental in establishing cancer clinics in Coffs Harbour and Port Macquarie – now stand alone units with their own oncologists – and more recently in Armidale, which has a fly-in fly-out oncology service.

He was responsible for the incorporation of MOGA and was its treasurer from 1990-1999.

Clinical geneticist Professor Ingrid Winship, Chair in Adult Clinical Genetics at the Royal Melbourne Hospital, was recognised with an AO for her service to medicine, particularly to clinical genetics and research, to cancer prevention, and as a role model and mentor.

Dr Susan Neuhaus CSC, a surgical oncologist with a particular interest in melanoma and sarcoma surgery, was awarded a Member of the Order (AM) for her significant services to medicine, to community health and to veterans and their families.

Distinguished Professor Patsy Yates, Director for Queensland Health’s statewide Centre for Palliative Care Research and Education, was also honoured with an AM for her significant service to tertiary education, to cancer and palliative care nursing and to medical research.

And nuclear Medicine physician Dr Gabrielle Cehic was awarded an AM for her significant service to medicine, nuclear oncology and professional medical groups.