An oncologist who heads one of the top US cancer treatment centres has been tapped to be the next head of the US Food and Drug Administration (FDA).

Dr Stephen Hahn, currently chief executive of the University of Texas MD Anderson Cancer Center in Houston, is being nominated for the role by US president Donald Trump.

According to a White House statement, Dr Hahn is a radiation oncologist specialising in treating lung cancer and sarcoma.

It cites Dr Hahn’s experience of managing a US$5 billion research-driven patient care organisation with 21,000 employees  and the largest number of clinical trials in the United States 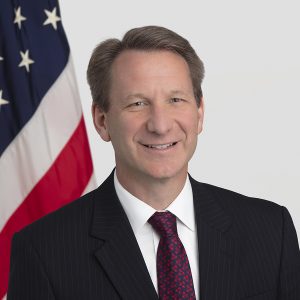 But Trump’s choice of an outside candidate is controversial, going against the recommendations of more than 50 medical organisations and four former FDA Commissioners, who have recommended acting FDA Commissioner Dr Norman Sharpless be confirmed in the role.

Dr Sharpless, a haematologist/oncologist and Director of the National Cancer Institute, was appointed as interim FDA leader in April 2019. He has said he will return to his role at the NCI.

If Dr Hahn is confirmed as head of FDA by the US Senate, he will assume a tricky political role as head of the agency embroiled in controversies such as regulation of e-cigarettes and pressure from industry to give fast-track approval to expensive novel therapies.