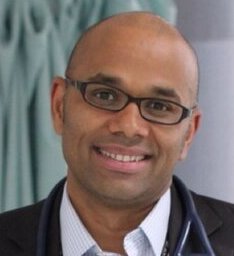 There was a high level of consensus when ESMO brought together 34 experts from 18 countries including Australia, to address nuances in the management of EGFR mutant non-small cell lung cancer (NSCLC).

The broad set of statements, published in Annals of Oncology, encompasses topics within the themes of tissue and biomarker analyses, early and locally advanced disease, and metastatic disease.

Panel member Professor Tom John, from the Peter MacCallum Cancer Centre, told the limbic that most participants agreed on most of the statements.

He said that consistency possibly reflected the reality that people who were part of the panel were clinically trialists from large academic centres. Applying some of the statements in the real world might be trickier.

“There are some things we all agree should be part of what we do – even when we may not be able to,” he said.

For example, the expert panel agreed (90.3% consensus) that cell free DNA (cfDNA) testing was of value and recommended if there was no tissue available.

“But it is not readily available for us in Australia. We all agree it is a great thing to have access to … but the reality is we barely use plasma testing because it’s not a funded test and it costs around $3,000 to do it.”

He said until it was reimbursed, cfDNA use was restricted to clinical trials and very specific circumstances in which the cost was often incurred by the patient.

“There is real utility in being able to do it and everyone agrees on that and that’s what the consensus statement says but unfortunately for us, it isn’t straightforward.”

“The other catch for us is that … even if you find something in plasma, PBS rules are really strict at defining the mutation… The PBS doesn’t even acknowledge that the plasma assay is okay as a means of getting access.”

Some of the other ESMO consensus statements related to testing included:

To a lesser extent (93.5% consensus) the expert panel agreed that the co-mutational landscape with EGFR mutation in advanced NSCLC may be a poor prognostic indicator.

“Investigating the presence of co-occurring alterations can be performed, but is not required, in absence of direct therapeutic implications,” it said.

Professor John said co-mutations occur probably in around two-thirds of people with EGFR mutations but they were not routinely tested for in Australia despite the fact some of them predicted for worse outcomes.

However most Australian centres were part of the ASPiRATION cohort study which allowed for comprehensive genomic profiling up front in patients with newly diagnosed metastatic lung cancer.

Clinicians outside designated ASPiRATION sites can provide a remote referral for patients with testing done via the Garvan Institute.

“It means we get all this other information, even if we already know there is an EGFR mutation. We know that if there is now co-mutations, to watch them a little bit more carefully. Or we can identify other rare things that might be treatable.”

He said the study, led by the Thoracic Oncology Group Australasia (TOGA), was in part being conducted to justify comprehensive testing.

“I have no doubt that in lung cancer, it will change what we do. The question is whether there is a cost-benefit. A lot of people will argue that you don’t really change outcomes that much,” he said.

“The impressive improvement of disease-free survival (DFS) including better CNS control, should ideally be supported by overall survival and/or quality of life benefit upon mature follow up,” it said.

Professor John, one of the investigators in the ADAURA trial which provided the evidence, said the 2020 trial had changed practice globally in the US and in Europe with osimertinib now the standard of care.

“It means people are getting tested for EGFR where previously they weren’t and now they are offered osimertinib if they have an EGFR mutation.”