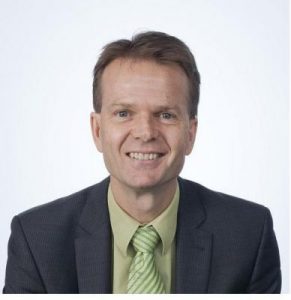 Pembrolizumab has been shown to significantly benefit patients with MSI-high/dMMR metastatic colorectal cancer.

In a presentation to the 2020 ASCO Virtual Scientific Program, Professor Thierry Andre from the Sorbonne University said the checkpoint inhibitor should now be the standard of care in first line therapy.

The KEYNOTE-177 study compared outcomes in 307 patients from 23 countries including Australia who were randomised to either 200 mg pembrolizumab or the investigators choice of chemotherapy with or without bevacizumab or cetuximab.

Adverse events ≥ grade 3 were also fewer with pembrolizumab than with chemotherapy (22% v 66%).

Australian Professor Peter Gibbs, one of the study investigators, told the limbic the landmark study was the first RCT of immunotherapy in CRC to show a benefit.

And he said the benefits were profound.

“So we’re doubling PFS with much reduced toxicity; it’s a win-win.”

“We’ve been doing the mismatch repair testing as part of routine care for some time. So there is no problem in defining the population [who will benefit]. The problem is that the drug is not available on the PBS so that will be the next step.”

“Currently some patients are self-funding based on previous single-arm studies but this will give a lot of impetus hopefully to get the drug on the PBS.”

He said it was challenging to provide good evidence given it was such a small subset of patients with CRC.

“It’s interesting that this subset – the dMMR cancers – is not just seen in CRC. It is also seen in gastroesophageal cancer and occasionally in pancreas and hepatobiliary cancers so the question is going to be how this result relates to other tumour types.”

He said some people will be happy to extrapolate and some would prefer more direct evidence.

“I don’t know that randomised studies are going to happen in those other tumours given they are relatively less frequent than CRC. I suspect single arm smaller studies will be completed and as long as they are promising, clinicians will be happy. The challenge is to get support from the PBS without randomised data.”