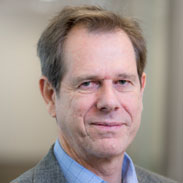 The TGA has extended use of pembrolizumab (Keytruda) to include locally advanced or metastatic urothelial cancer in patients either not eligible for cisplatin-containing therapies or those who have previously received platinum-containing chemotherapy.

As reported previously in the limbic here, KEYNOTE-045 found an overall survival benefit in patients treated with pembrolizumab compared to second line chemotherapy such as paclitaxel, docetaxel or vinflunine.

The approval of pembrolizumab as a first line therapy is based on the results of the Keynote-052 study. The checkpoint inhibitor may be a suitable option for older patients who cannot receive cisplatin-based therapies due to impaired renal function.

The five-year survival rate of 53% for bladder cancer reflects the historic lack of treatment advances in this patient group.