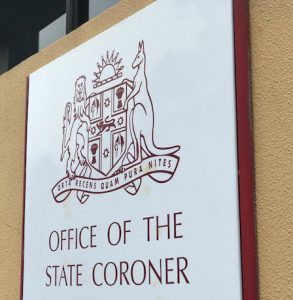 An elderly woman with multiple myeloma developed rhabdomyolysis and died after being dispensed a potent high dose statin in error, a coroner has found.

The Victorian coroner found the 79-year old woman had been dispensed 40mg rosuvastatin by a retail pharmacy instead of her usual  40mg dose of simvastatin.

The woman, who was undergoing treatment for multiple myeloma and had chronic renal failure, developed progressive and debilitating muscle weakness that ultimately resulted in her death in August 2016.

The coroner’s investigation found that the woman had previously appeared to be in reasonably good health despite having ongoing treatment for multiple myeloma, which included steroids and lenalidomide. She was also receiving multiple other medications for gout, hypertension and a chest infection, in addition to the simvastatin she had been taking for eight years following a heart attack.

In late June 2016 her husband took a prescription for simvastatin to the Epping Plaza Chemmart pharmacy in Melbourne, where the staff dispensed 40mg rosuvasatin in error. When the husband raised concerns about being given different tablets with a different name, he was reassured by pharmacy staff that it was just a different box.

He described how his wife developed muscle weakness and her health declined over the following weeks to the point where she could no longer walk. When he consulted  a GP on her behalf, the doctor prescribed further antibiotics when told she had been recovering from a chest infection.

The woman’s health continued to  decline and she was admitted to the Northern Hospital where the haematology team diagnosed acute on chronic renal failure, which they believed may be due to dehydration. Four days later her treating physicians became aware that the women had been prescribed rosuvastatin in error. They determined that the potent statin  – which is usually excreted by the kidneys – had resulted in overdose in the setting of renal failure, and this had caused rhabdomyolysis.

The woman’s health continued to decline despite treatment and she died on 9 August.

An assessment by a forensic pathologist concluded that although the rhabdomylolysis was not especially severe, the statin and the dispensing error did contribute to the woman’s death.

The coroner noted that the pharmacy had acknowledged the dispensing error, and had made changes to the dispensary so that simvastatin and rosuvastatin were no longer stored next to each other.

And while acknowledging that it was not the coroner’s role to apportion blame, the coroner also directed that a copy of the findings be sent to the Australian Health Practitioner Regulatory Agency (AHPRA).