Australian oncology researchers were prominent at the American Association of Cancer Research (AACR) 2018 Annual Meeting in Chicago from April 16-18. Here we present a selection of the Australian results presented at the conference:

Measuring levels of circulating tumour cells (CTCs) in patients with head and neck cancers (HNC) may help identify those at risk of metastasis, according to work by Dr Arutha Kulasinghe, a postdoctoral researcher at the Institute of Health and Biomedicine, Queensland University of Technology. In a study of blood samples from 250 patients with HNC,  the researchers were able to identify clusters associated with progression to metastasis. The findings suggested patients could be identified four to six months prior to developing metastasis, who could then be prioritised for PD-1 immune checkpoint inhibitors.
“PD-L1 is frequently expressed on HNC CTCs, and an immunoscore may be able to stratify patients likely to respond to immunotherapy… In these patients, a window for  treatment escalation could become a possibility,”  the researchers concluded.

Australian researchers were part of a multinational trial (EORTC 1325-/KEYNOTE-054) of pembrolizumab that showed  significantly prolonged recurrence-free survival compared to placebo in patients after complete resection of high risk stage III melanoma. The study involved 1019 patients who were randomised to pembrolizumab 200mg every three weeks, or placebo for 18 doses. After more than one year of follow up, the checkpoint inhibitor significantly prolonged recurrence free survival  compared to placebo (75% vs 61.0%, HR 0.57). Efficacy was seen in patients with a PD-L1 positive tumour (HR 0.54) and PD-L1 negative tumour (HR 0.47).  Drug related toxicity was seen in 14.7% of patients, with one myositis-related death. The trial was conducted in several Australian centres including  the Melanoma Institute, Sydney, the Princess Alexandra Hospital, Brisbane and the Peter MacCallum Cancer Centre, Melbourne. 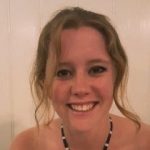 A pilot trial using genomic analysis to tailor treatment for children with high risk cancers has set the scene for a national multicentre evaluation. The Zero Childhood Cancer program aimed to combine genomic analysis with in vitro high throughput drug screening and patient derived xenograft drug efficacy testing to develop recommendations for personalised treatment in children with malignancies that have an expected survival rate of less than 30%. When assessed in 54 children with conditions such as neuroblastoma, leukaemia and sarcoma, the molecular genomic analysis identified somatic single nucleotide variants (SNVs) in 56% of patients, fusions in 24% and copy number variations (CNVs) in 39% of patients. For three patients the genomic analysis changed the primary diagnosis and 57% received a personalised medicine recommendation for targeted therapy or germline mutation referral.
“The Zero Childhood Cancer Pilot demonstrates the likelihood that oncologists will more frequently use a recommendation to benefit individual patients on the clinical trial who have typically exhausted other therapeutic options,” concludes program co-ordinator Dr Emily Mould (PhD) of the Children’s Cancer Institute, Sydney.

A new intratumoural agent, SD101, has achieved an overall response rate (ORR) of 40% when used in combination with pembrolizumab in 16 treatment-naïve patients with recurrent or metastatic head and neck squamous cell carcinoma. The phase Ib/II study of the agent showed that it achieved efficacy above the usual 14% ORR seen with pembrolizumab in similar patient groups, according to researchers including Dr Sarwan Bishnoi, a medical oncologist at the Adelaide Cancer Centre.

BRAF inhibitors may be effective in some ovarian cancers

Low grade serous ovarian cancers are generally chemotherapy resistant but molecular analyses may identify targetable mutations such as BRAF and MEK, according to researchers led by Dr Tania Moujaber (PhD) of the Westmead Institute for Medical Research, Sydney. In a review of tumour samples from 65 confirmed LGSC patients, the researchers found that 9 (14%) had a BRAF mutation. Further studies suggested that sub-sets of patients may respond to BRAF inhibitors such as dabrafenib or MEK inhibitors such as trametinib. “BRAF mutations are not uncommon in patients with LGSC and should be routinely tested as BRAF inhibitors can be an effective treatment for these patients,” they concluded.