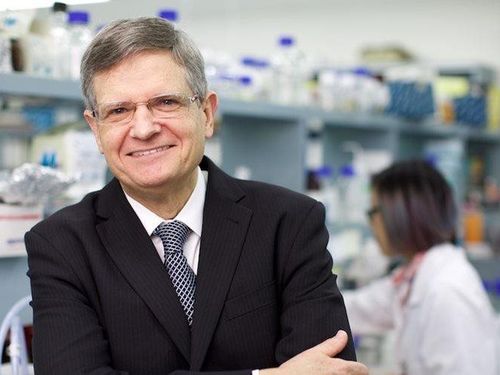 Professor Roger Reddel has been awarded an AO in the 2021 Australia Day Honours for distinguished service to biomedical research in the field of adult and childhood cancer and genetics, and to tertiary education. Director of the Children’s Medical Research Institute, Professor Reddel heads the cancer research unit which is focussed on the role of telomeres in cancers including glioblastomas and osteosarcomas. Professor Reddel is a Fellow of the Australian Academy of Science and of the Australian Academy of Health and Medical Sciences. He has previously been recognised with  the Ramaciotti Medal for Excellence in Biomedical Research, the NSW Premier’s Award for Outstanding Cancer Researcher of the Year, and the Neil Hamilton Fairley Medal of the Royal Australasian College of Physicians.

Also amongst the 570 recipients of Australia Day honours were:

Associate Professor Paul Craft – awarded an AM for his significant service to medicine, to oncology, and to professional organisations. A senior staff specialist in medical oncology at the Canberra Hospital, Associate Professor Craft has also contributed broadly through membership of numerous committees and councils of ACT Health. He is a past member of the Medical Services Advisory Committee (MSAC), and has been active in the ACT Cancer Council, ACT Cancer Registry, COSA, ANZ Breast Cancer Trials Group, and the ANZ Urological and Prostate Trials Group.

Professor Colleen Nelson was awarded an AM for her significant service to medical research, particularly to prostate cancer, and to health organisations. Professor Nelson is the founder and executive director of the Australian Prostate Cancer Research Centre and chair of prostate cancer research at the Institute of Health and Biomedical Innovation at the Queensland University of Technology. Her research focuses on the function of androgens in prostate cancer, the molecular, cellular and systemic effects of androgen deprivation therapy and mechanisms underlying progression toward castrate resistant prostate cancer.