Researchers have identified a strategy to repurpose anthracyclines for use in advanced, drug-resistant head and neck squamous cell carcinomas (HNSCC).

The research found the transcriptional inhibitor E2F7 is mislocalised to the cytoplasm in more than 80% of human HNSCCs.

Meanwhile its counterpart, the transcriptional activator E2F1, retains localisation in the nucleus of the cancer cells where it drives transcription of treatment resistance genes.

However the research has also shown that the clinically available drug selinexor, an exportin 1 inhibitor, can prevent E2F7 moving from the nucleus, effectively re-establishing the balance between transcription factors and reversing any anthracycline resistance in experimental models. 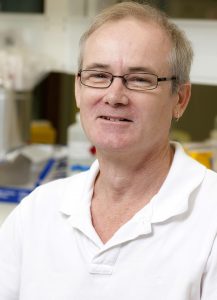 The Limbic asked Associate Professor Nicholas Saunders, principal research fellow at the University of Queensland’s Diamantina Institute about the study and its implications.

What else do we know about this defect in transcription factors that encourages the development of chemotherapy drug resistance, especially to anthracyclines?

At present, we definitively know that E2F7 mislocalisation is a causal driver of drug resistance. This is an entirely novel pathology. We are quite far advanced in knowing what causes this defect in SCC but can’t say too much until the data has been peer reviewed and published. I can say that we know that the dysregulation of E2F1 in SCC sets off a cascade of events that leads to the activation of a receptor-dependent event that causes E2F7 mislocalisation. We are quite excited by the path this study has taken as we believe it promises to yield a number of actionable events that could be exploited in the treatment of SCC and possibly other cancer types.

You also found E2F7 was significantly mislocalised in 70 – 83% of breast, prostate and colorectal cancers. What are the implications for these common cancers?

Our study, in SCC models, showed that the mislocalisation of E2F7 was responsible for anthracycline resistance. Thus, it remains a possibility that the addition of selinexor to anthracyclines in the treatment of other cancers such as breast cancer may induce better cancer cell killing. However, until we have completed formal tests on these other cancer types the potential benefit of reinstating nuclear E2F7 expression remains unknown.

Where else are the exportin 1 drugs found to be useful at the moment?

There have been a few recent published clinical trials that have produced very encouraging results in cancer patients. In particular, selinexor seems to show considerable promise in blood cancers. There is also clinical evidence that selinexor can be safely and effectively combined with existing chemotherapies.

What’s the next step in this line of research that will move it towards clinical application?

My clinical colleagues are currently preparing a clinical trial protocol for treating SCC patients with refractory or relapsed disease. This will be submitted to the drug company that discovered and manufacture selinexor, Karyopharm. We are hoping to be recruiting to this trial within 2 years.