Is your superannuation Tobacco Free? This Victorian doctor has the answer 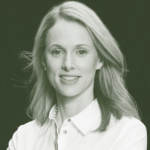 Around 70% of Australia’s superannuation funds have already dumped tobacco investments from their portfolios, largely due to the lobbying efforts of Tobacco Free Portfolios (TFP), fronted by Victorian oncologist Dr Bronwyn King.

And now the organisation has won Australian Consumer and Competition Commission (ACCC) approval for its verified Tobacco Free Pledge logo, which will signal to potential investors that a fund manager or financial institution is against investing in tobacco manufacture.

There will be three variations of the logo which will indicate that either the fund manager or financial institution does not have direct or indirect investments in companies involved in tobacco manufacture or that they have committed to divest of these within two years.

According to TFP’s website “Pension funds and other investment bodies can apply to use the Verified Tobacco-Free certification stamp, subject to audit, to publicly declare their tobacco-free position.”

Though it will be later in 2019 when the logo comes into regular use, Dr King’s organisation has made massive advances since the 2010 lightbulb moment when she realised the default for most superannuation investment funds – including her own – was to invest in tobacco.

What started as “a few conversations” grew into a few presentations, then a side interest that metamorphosed into “something that took a significant part of my time, then to a commitment to the cause, not just in Australia but around the world”, she told the limbic.

“We were first registered as not-for-profit in Australian in 2015 and the first impact globally was working with AXA, the global insurance giant and they went tobacco-free in early 2016”.

As well as shifting $2.8 billion out of tobacco investments, AXA has become a TFP champion, with its chairman joining the advisory committee.

TFP’s main aim is to have institutions take The Tobacco-Free Finance Pledge that commits them to encouraging “the adoption of tobacco-free finance policies across lending, investment and insurance”.

The official pledge was launched in September 2018 at UN Headquarters, New York in partnership with the UN-supported Principles for Responsible Investment and four founding financial partners BNP Paribas, AXA, Natixis and AMP Capital.

Dr King,  who is a specialist radiation oncologist at Melbourne’s Peter Mac Cancer Centre, says there are around $1.9 trillion dollars invested in superannuation in Australia outside self-managed funds – of this around $1.3 trillion is now not being invested in tobacco – around 70% – much of it the result of action by TFP.

But while Australia’s success is “a great case study” 90% of the world’s pension funds still invest in tobacco and Dr King is preparing for more jousting with financial institutions around the world.

“So there’s a lot of work to do but Australia’s leading the way and 10% are Australian funds,” she said.

Medical peak bodies’ pension funds, she said, are by and large associated with the two big health related funds, which are First State Super and Hesta “the first two funds I worked with”.